A “real life” Mario Kart race has gone viral on TikTok, with over 5 million likes and 20 million views.

The video’s creator, @friterie_perols, posted the video with the warning “Don’t do this at home, made by professional, everything is fake.”

True, but the video actually does feature a bunch of kids racing at insane speeds in carts. Not your typical Mario Karts, per se, but shopping carts.

You can tell a lot of work went into the video because of all the people involved on-screen. But the effects are also superb.

Comments below the video praise its making.

“If this isn’t the next fast and furious movie I’m gonna be mad.”

“Graphics are getting so real I swear”

“Honestly most goated video on TikTok”

(The creator responded, “A lot of time”)

This real life Mario Kart video falls along the lines of another Nintendo fan trend, Mario Parkour. Just Google it, sit back, and have fun. 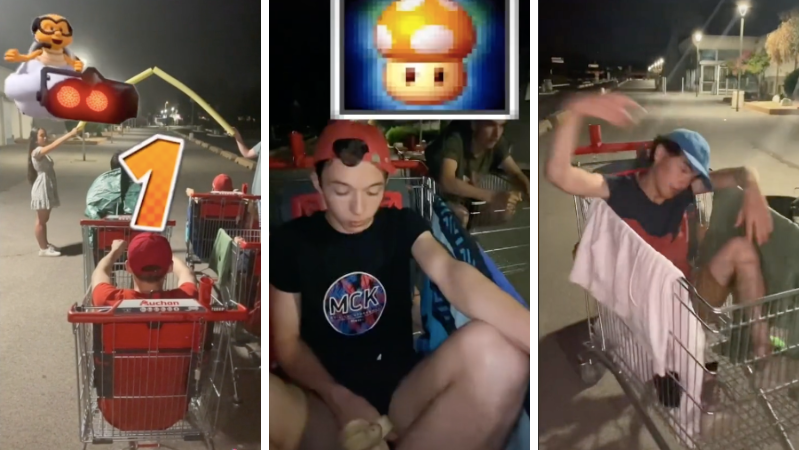