She has a knack for tugging heart strings.

RELATED: A woman who found a man’s shirt on her windshield wiper as she left work reveals the creepy thing it may have been

A single mother of two young children from Gaffney, S.C., who says she has been clean and sober for three years has now inspired the internet with a Facebook post that shows hard work and right priorities pay off.

Christina Knaack, who has a 4-month-old and a 2-year-old at home, posted that she’s already gotten back $5,600 on her taxes and has used it to pay her rent for the year.

Knaack has a minimum wage job.

I got back $5600 on my taxes. Instead of buying my kids the latest Jordans or fancy electronics I paid my rent for the YEAR. I’m a single mom and I do it all buy myself on a minimum wage job. I kno that a roof over my kids head is what’s important. My kids don’t want for anything because my priorities are straight. And this also means I will have that extra 450 a month to do things with my kids.

Knaack would later explain that she made the post public hoping that other recovering addicts or single parents would see that is possible to overcome these obstacles.

I made [my post] public so if anyone shared it others could see it in hopes a recovering addict would see it and see that life off the streets is possible and for any single moms to kno [sic] it is possible to survive on ur [sic] own. As long as my post has inspired people I am happy with that.

RELATED: This single mother warmed hearts when she dressed up like a man for a fathers’ event at her son’s school

She told Fox Carolina she was stunned by the attention.

“It’s pretty crazy,” she said. “I was just sharing a milestone with my friends and family.”

She thanked people on the internet for support and shared a positive message that she received from a mother who lost her son to addiction. 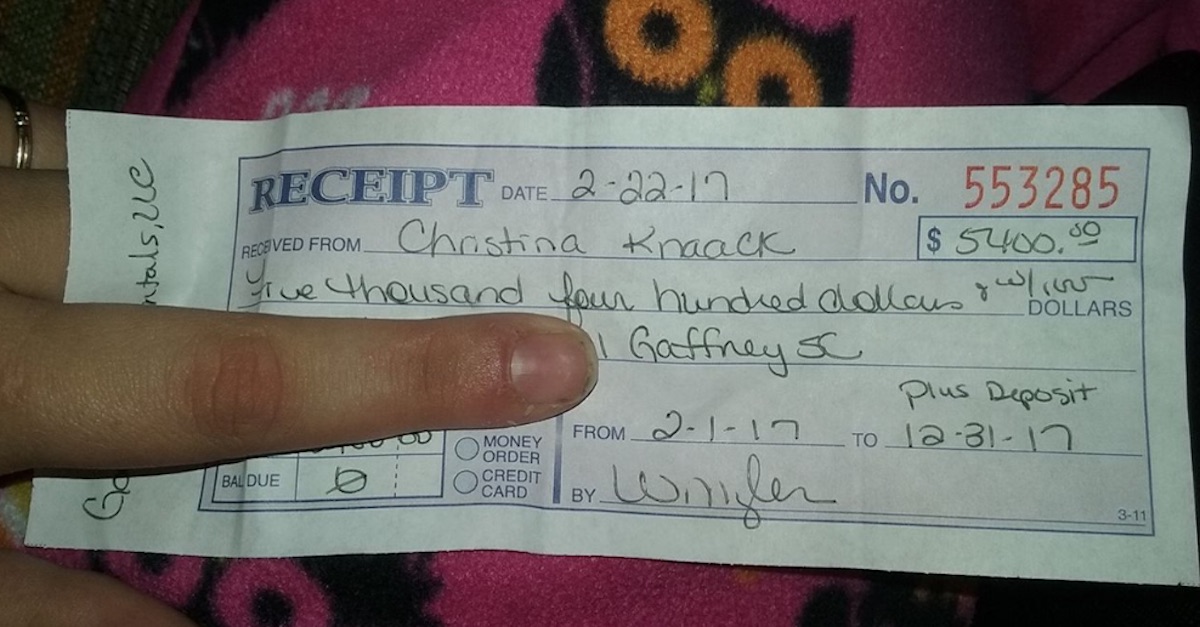