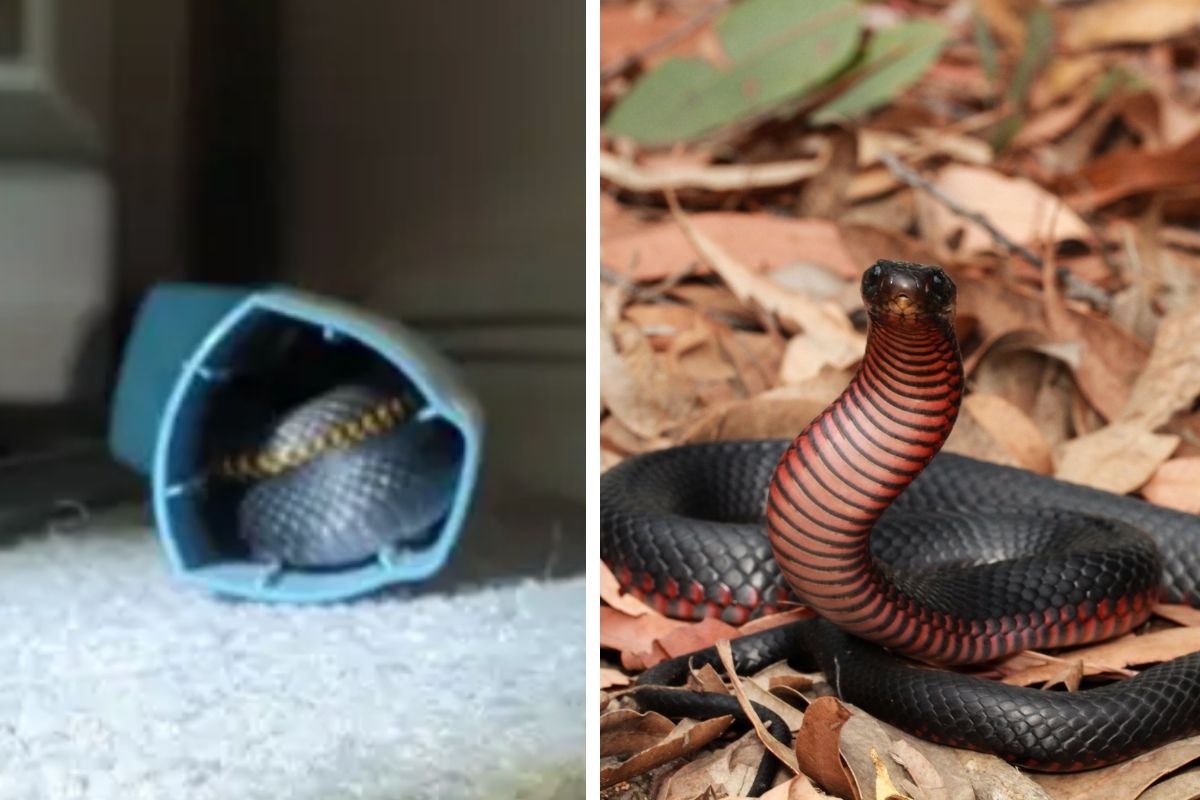 Without a doubt, I would absolutely freak out if I encountered a situation like this. A teenager from Bli Bli on Queensland’s Sunshine Coast, in Eastern Australia, was going about her day doing laundry when she found a small dark snake slithering around in her clothes pile.

After the Aussie teenage girl called the Sunshine Coast Snake Catchers 24/7, they sent a snake catcher named Heather to scope the scene. When Heather searched the area, she was in for the surprise of her life. She found a baby red-bellied black snake hiding, curled up inside the girl’s asthma inhaler. Sunshine Coast shared the pic on social media of the venomous snake on their Facebook page, saying, “This is crazy and super lucky we were able to find the snake. It’s one of the most incredible places we have ever found a snake before and glad Heather was able to catch and relocate it safely.”

Red-bellied snakes are actually frequently encountered on the east coast of Australia and are also responsible for a number of bites every year. They’re normally shy but will give a nasty bite if they feel threatened in any way. But either way, venomous or non-venomous, snakes can be quite intimidating if you accidentally stumble upon one where you know you normally wouldn’t find them.

I’ve had asthma all my life, and I can’t express enough how important it is to have your inhaler on you. In my case, I have two asthma inhalers: one daily inhaler and one emergency inhaler. And I carry them with me wherever I go because, in my experience, I’ve needed them on deck if I’m away from home. And even though this Australian incident happened on the other side of the world, you better believe I’m going to check my inhalers every time I have to use either of them.