There have been many iconic actresses who stripped down for Playboy. Perhaps one of the most confident was Sharon Stone, who still to this day is willing to bare quite a bit of skin for the camera. She doesn’t do it in a flashy or gaudy way, though. Rather, the 64-yr-old starlet maintains an air of class, perhaps of deliberation. So, too, was the case when she posed for Playboy.

Sharon Stone Did Playboy to Land Role in Basic Instinct

Stone has admitted that she posed for Playboy with the intention of using that publicity to get a starring movie role. She once told Drew Barrymore that she her modus operandi is based on deliberation, much like a chess player.

“I’m more of a logic and strategy person,” Stone said on The Drew Barrymore Show. “Even when I wanted Basic Instinct, I decided I was going to do a Playboy article, specifically because I wanted to get this film.”

It worked. Stone was featured on the cover of the 1990 Playboy issue, topless. However, as usual, she managed to keep everything very covered. (She can do this with anything it seems, as this Instagram picture shows). Her arms were crossed in front of her chest, pushing her cleavage together as she found something logical to do with her hands. The issue’s top line said “Sharon Stone; She’s got Hollywood breathing heavy.”

“I didn’t realize what would happen when I did the film,” Stone told Barrymore. She added, however, that she was pleased with her career move.

“I did think it was the right part for me, and I knew what I had to do to get it.”

In Basic Instinct, Stone plays Catherine Tramell, the heiress, novelist, and main antagonist. She gets investigated by Michael Douglas’s Nick Curran. The graphic sex scenes and, in particular, one very revealing scene almost landed the movie an NC-17 rating (instead it managed to keep to R).

Tramell, wearing a short white dress, is getting interrogated by police when she asks, “Have you ever f***ed on cocaine, Nick?” She then uncrosses her legs and reveals her entire frontal region. There it is, shaven, and yes you can see the entire thing.

Playboy Interview Revealed That Stone Has a Genius IQ

Stone added that she had no idea how famous she would become as a result of that role. Soon after the film debuted, Playboy brought her in again — this time, for an interview about her burgeoning success.

In that interview, Stone revealed that she “never felt blonde,” as in the typical sex symbol. No, in fact she had an IQ of 154 and excelled in school. The Pennsylvania native had a propensity for science, but in spite of it all, chose to use her brain to get ahead in Hollywood. And her plan worked out perfectly.

Read More: Carmen Electra Felt ‘So Shy’ When She First Posed for Playboy 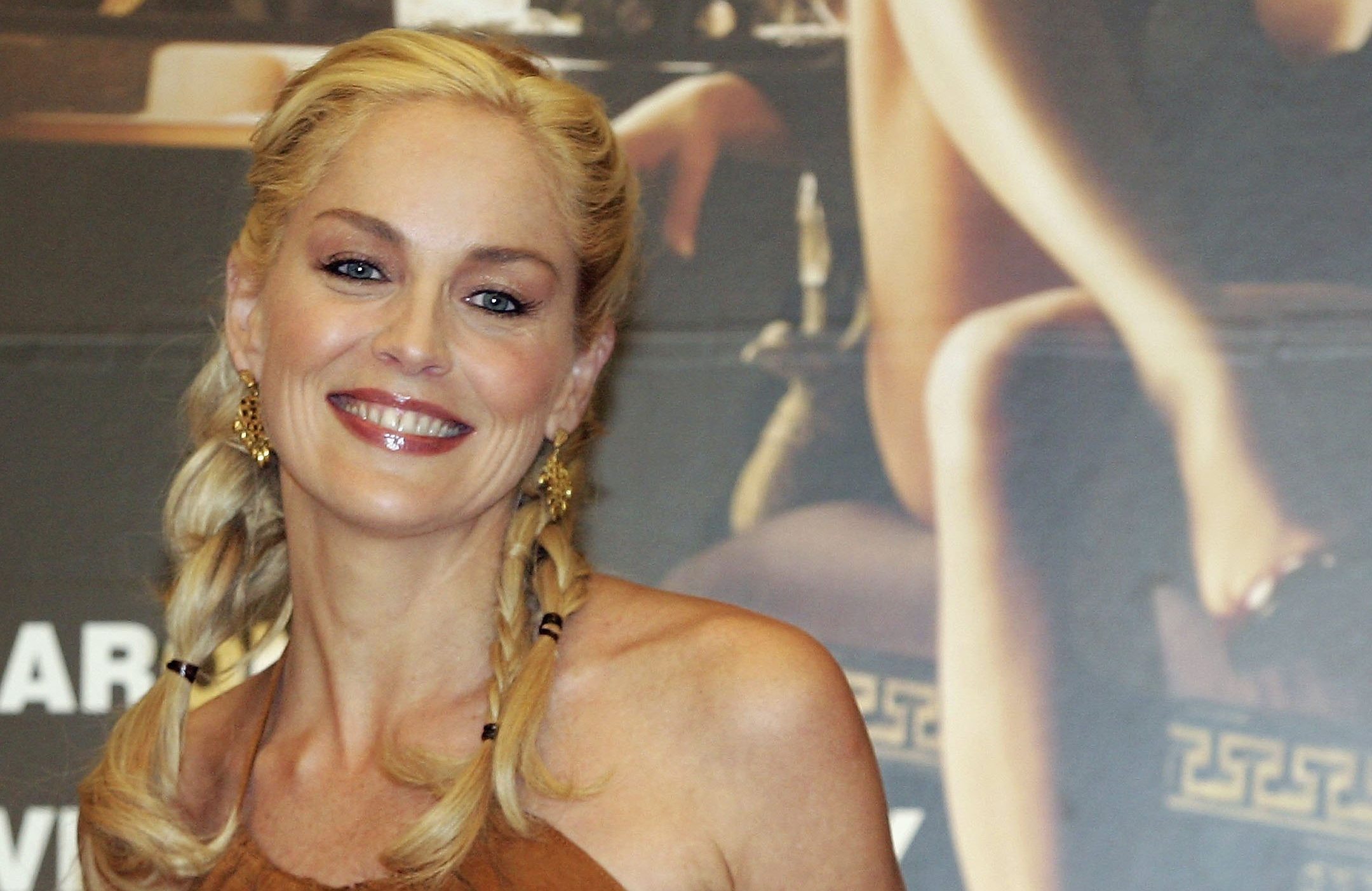