Menu
Follow us
Search
Menu
Search
MONROVIA, LIBERIA - OCTOBER 09: U.S. Marines arrive as part of Operation United Assistance on October 9, 2014 in Monrovia, Liberia. Some 90 Marines, the largest group of U.S. military yet, arrived on KC-130 transport planes and MV-22 Ospreys to support the American effort to contain the Ebola epidemic. The four Ospreys, which can land vertically like helicopters, will transport U.S. troops and supplies as they build 17 Ebola treatment centers around Liberia. U.S. President Barack Obama has committed up to 4,000 troops in West Africa to combat the disease. (Photo by John Moore/Getty Images)

Hundreds of United States Marines are under investigation after allegedly sharing photos of nude service women and veterans.

According to the New York Daily News, the Marines are believed to have shared hundreds, possibly thousands, of nude photos in a private Facebook group since Jan. 30. The Center for Investigative Reporting revealed that the photos exposed more than 2 dozen women — many of whom are on active duty — and included their names and ranks.

“There is no place for this type of demeaning or degrading behavior in our Corps,” Sgt. Major Ronald Green told CBS News. “Let me be perfectly clear; no person should be treated this way. It is inconsistent with our Core Values, and it impedes our ability to perform our mission.”

The War Horse is the first organization to make the news of the photos public. According to reports, a female corporal was photographed bending over to pick up equipment and the photos drew several explicit comments on the Facebook group including users saying they would like to “pound her” and videotape it.

According to reports, some of the photos were shared consensually while many were intended to be private.

The Marine Corps has reportedly fired one government contractor who shared the initial link to the photos. 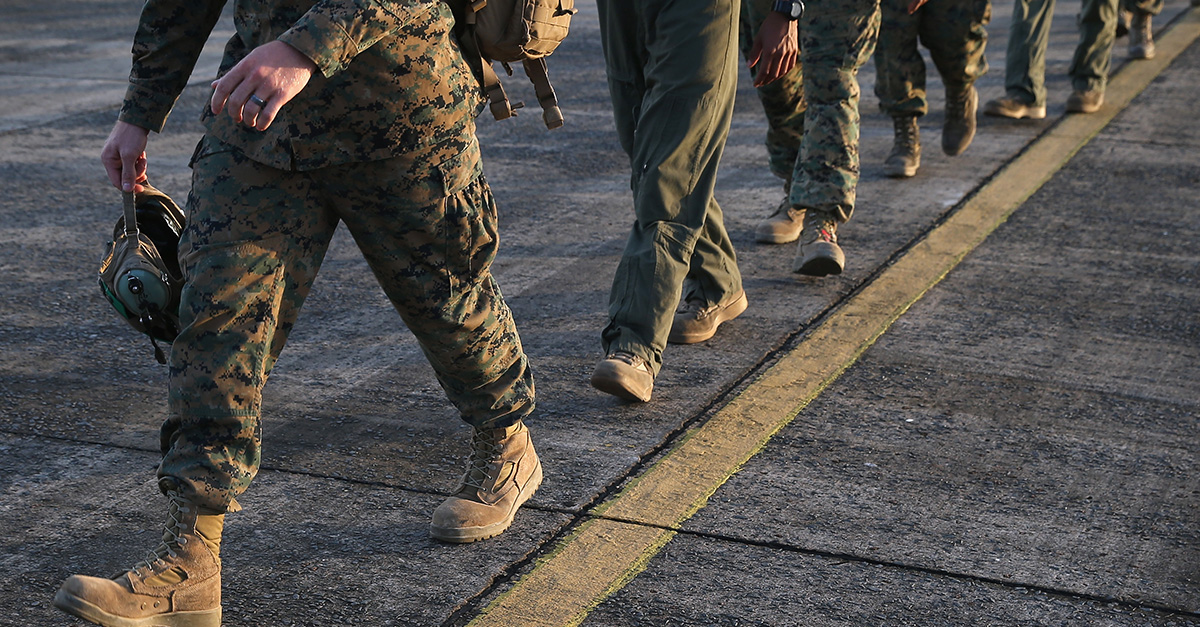