Representative Mark Walker, R-NC, chair of the Republican Study Committee, referred to his female colleagues on the committee as “eye candy” during a press conference Tuesday.

“The accomplished men and women of the RSC. And women. If it wasn’t sexist, I would say the RSC eye candy, but we’ll leave that out of the record,” Walker quipped.

Walker made the off-the-cuff remark while speaking outside the Capitol Building during his “3 Promises, 3 Months” speech as members of the committee stood behind him.

The North Carolina congressman later apologized for the remark, saying that he meant the comment to be “light-hearted” but it “fell short.”

“During a press event today, I made a flippant remark meant to be light-hearted but fell short. I’m proud of the women who serve in our RSC leadership,” Walker relayed to CNN in a statement.

Walker is serving his second term in Congress, but this is his first term as chair of the conservative caucus. The committee has 160 members, but only 10%, or 16 members, are women.

The committee, which has been in existence since 1973, exists to promote a “strong, principled legislative agenda that will limit government, strengthen our national defense, boost America’s economy, preserve traditional values and balance our budget,” according to its website. 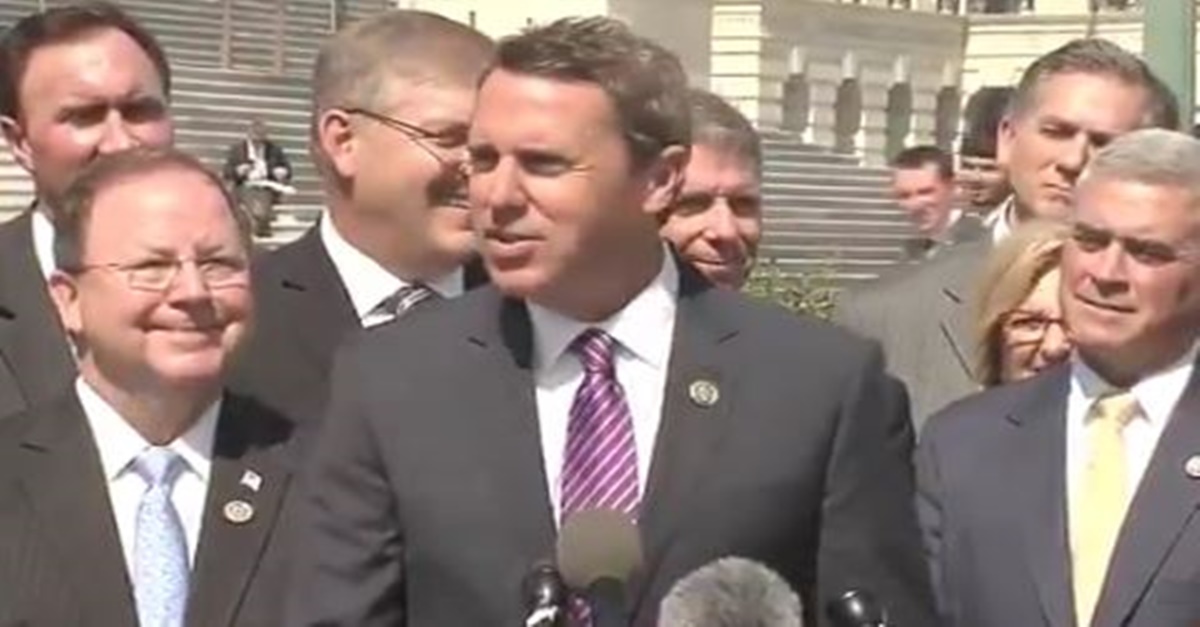