A Rhode Island school district received heavy criticism by parents, after announcing via Facebook it would begin serving cold sandwiches instead of hot lunches to students who owe lunch money. Warwick Public Schools say it is owed more than $40,000 from outstanding lunch payments, and cannot afford to absorb the cost. The new policy was said to begin on May 13, 2019.

As expected, parents quickly responded back with angry comments on the post, saying that the decision punished children and their families who are struggling financially, or that the amounts they owe are trivial. One parent wrote that she was ashamed of the school after she has received notices for owning 10 or 25 cents in the past. Several also noted that it was a bad idea to take it out on the children, since they are children, and do not pay their bills.

Warwick Public Schools, which serves students in pre-kinder through 12th grade, quickly changed its policy after the criticisms, saying the sun butter and jelly sandwiches (Side now: Seriously? Sunflower seed butter? At least give a kid some peanut butter!) will be switched back to hot meals. The school subcommittee recommended students get the lunch of their choice, regardless of the amount of money in their balance or what they owe. Chairwoman Karen Bachus clarified that under the current policy students should have been provided the sandwich, but also with a daily choice on the school lunch menu such as vegetables, fruit, and milk.

All public schools in Rhode Island are required by state law to provide lunches to all students, 69 percent of those served are free or offered at a reduced price. Bachus noted that 72 percent of debt is owed by students who have payment plans, not reduced or free accounts and the debt is incurred only when students select what they call “a la carte options” such as fries, ice cream, pizza, and other snacks.

Warwick School Committee notifies parents twice of any lunch debt they owe before a student’s “a la carte” access is denied. The district is owed $77,000 from lunch debt with 1,653 students having an outstanding balance.

Angelic Penata, a local restaurant owner, commented on the Facebook post saying she had offered the district a donation to pay for school lunches, but officials had refused to accept her donation. Penata’s comment read, “I have met with Warwick twice and the second time I left in tears after they refused to take a $4,000 check. There is no need for any child to be denied a hot lunch. We never know a child’s or their family’s situation, everyone struggles at some point.”

Penta has been collecting donations since last year and has raised more than $13,000, offering a solution to the debt. But unfortunately, the district didn’t want to choose which students lunches were paid for, thinking some parents would be too prideful to accept the money. The district released a statement about the donation offers but reiterating that it is not in a position to choose which student should and shouldn’t’ benefit.

The district added on their post that they are “grateful” for all the donations that they have been offered and are working with attorneys to accept them in a “lawful manner and disrupt the equitably.”

Low blow, Warwick. Despite you retracting your initial decision, you should be ashamed of yourself. Some of these children can’t afford lunch at schools. Some of these children can’t even afford breakfast and eat what they can at school because they know that lunch will be provided for them and that is probably all they are going to eat that day. Have you ever thought about that? No child should be punished for something that they have no control over. 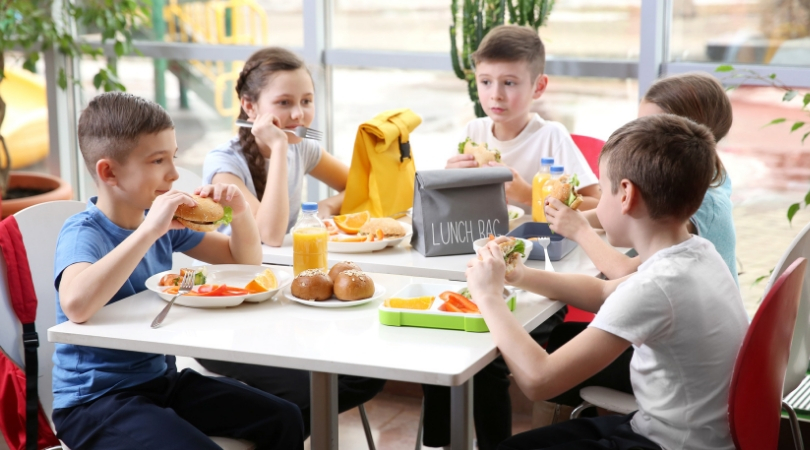