After Ronda Rousey’s upsetting loss against Amanda Nunes on Friday night, Rousey’s mother spoke to TMZ Sports about her future.

RELATED: A day after defeating Ronda Rousey, Amanda Nunes is still throwing punches at her opponent on Twitter

“I would like to have seen her retire a long time ago,” she added. When asked why, she responded and said, “Who wants to see their kid can hit?” She went on to explain that daughter has a lot more talent to offer including starring in movies, writing, producing.

“You’re smart and beautiful,” she said of her daughter. “Let the stupid people get punched in the face — sorry stupid people.”

Rousey’s mother said that she will let her daughter make her own decision of whether or not she’ll retire.

“If you get in a get in a fight with somebody or you’re angry that’s not the time to make a decision. So, I think decisions are best made when you’re not really emotional , and obviously losing something is a real emotional thing.”

TMZ Sports mentioned how she was never really fond of Ronda’s coach, Edmond Tarverdyan. When asked about what may have happened during the fight and if having a better coach would have changed the outcome, she said, “I have not changed my opinions, that’s all I have to say about that.”

Will Ronda retire? We’ll have to wait and see. 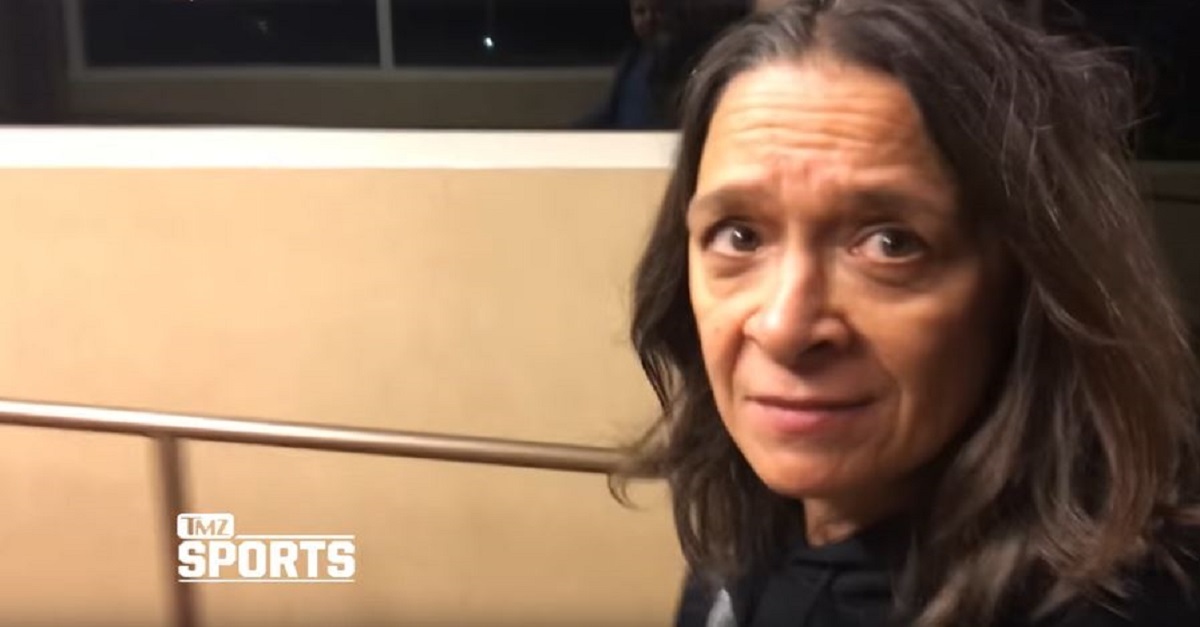