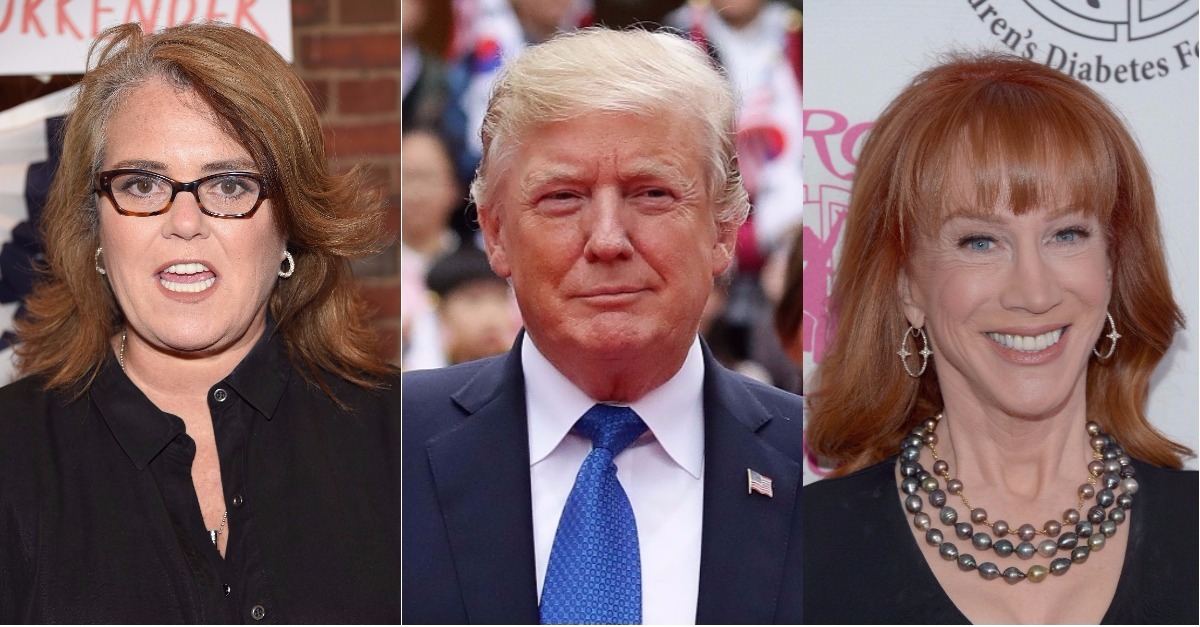 In an interview with radio host Howard Stern on Monday, O’Donnell, 55, said that it was she that told the comedian her gory photo shoot was a “mistake.”

?I?m the one ? I called her and told her right away, ?You take it down. You pick up your iPhone. You apologize,?? O?Donnell said.

RELATED: At least one prominent Democrat won?t cut his ties with Kathy Griffin

In May, Griffin, 57, created a media uproar when she shared pictures taken by controversial photographer Tyler Shields that had her holding a decapitated head that resembled the president. Griffin claimed the picture was a joke, but she faced immediate backlash that resulted in her losing jobs, endorsements and her longtime co-hosting position on CNN’s New Year’s Eve special. Griffin told The Cut that the scandal also ended her friendship with co-host and friend of 17 years, Anderson Cooper.

The Secret Service launched an investigation into the footage and President Trump condemned the photographs, citing its effect on his family.

“Kathy Griffin should be ashamed of herself. My children, especially my 11 year old son, Barron, are having a hard time with this. Sick!” he tweeted.

In the aftermath of the scandal, Griffin took to her Twitter with an video apology, saying “I went way too far. The image is too disturbing; I understand how it offends people. It wasn’t funny. I get it. … I beg for your forgiveness.”

O’Donnell said that she asked Griffin what the mother of James Foley would think if he saw the footage — Foley was an American journalist who was beheaded on film by ISIS in 2014 after being captured while on an assignment in Syria.

?You take what the enemy does to terrorize Americans ? cuts off the head of [journalists] Daniel Pearl and James Foley ? and when I saw the image, that?s the first thing I thought was, ‘Kathy, that?s wrong,” she told Stern.

Since apologizing, Griffin has retracted her comments. In an interview with an Australia’s Seven Network, Griffin said she was “no longer sorry.”

“The whole outrage was B.S, the whole thing got so blown out of proportion,” she continued.

Although she seemed to take credit for inspiring Griffin to apologize, O’Donnell has not changed her critical stance on the president.

She told Stern that she was certain Trump would not see a full presidential term.