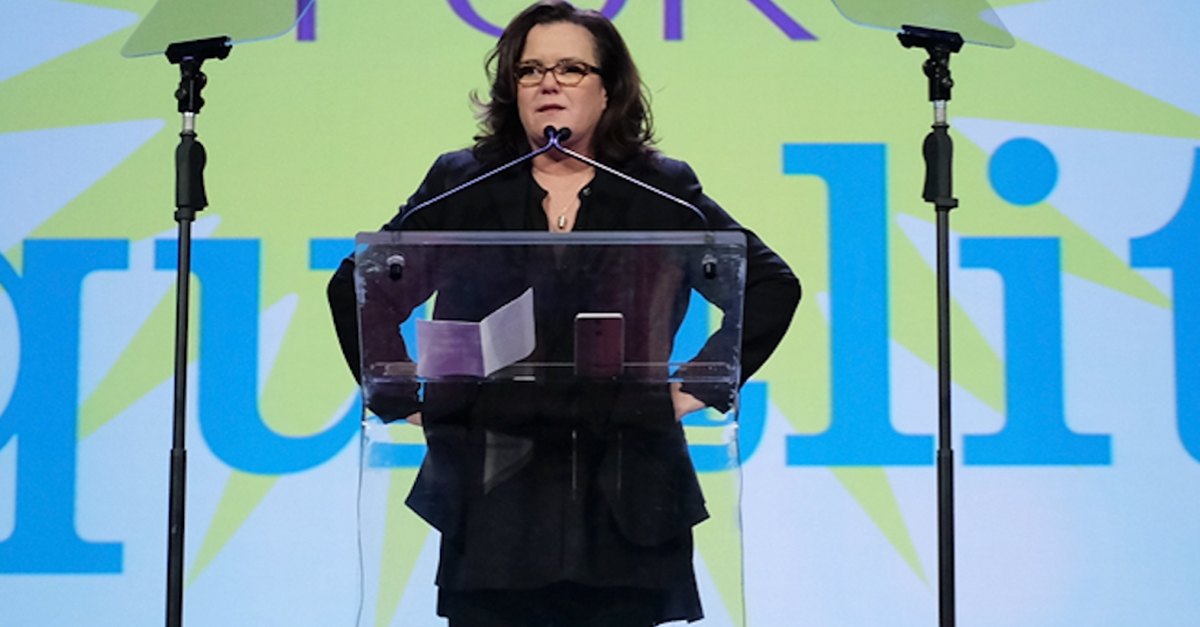 Rosie O’Donnell is encouraging women to form their own political party if the Democrats back candidates that do not defend abortion rights.

“WOMEN SHOULD FORM OUR OWN PARTY IF DEMS DO THIS #dontYOUdare,” the outspoken comedian and longtime Donald Trump adversary tweeted Tuesday.

WOMEN SHOULD FORM OUR OWN PARTY IF DEMS DO THIS #dontYOUdare https://t.co/wxYyEaGn3V

This outburst, however, had nothing to do with Trump, but rather her outrage at the Democrats potentially supporting candidates who do not support abortion rights as a way to cast a wider net and win more seats in the 2018 midterm elections.

The controversy started with New Mexico Representative and second-term Democratic Congressional Campaign Committee Chairman Ben Ray Luján saying there was no “litmus test” for Democratic candidates, meaning a candidate does not have to necessarily support abortion rights to receive the party’s financial backing.

“As we look at candidates across the country, you need to make sure you have candidates that fit the district, that can win in these districts across America,” Luján told The Hill in an interview published Monday.

RELATED: Rose O’Donnell tweeted out a link to a “Push Trump off Cliff” game, and conservatives aren’t happy about it

Luján contends that the Democrats have to cast a wider net if they hope to take back control of the House of Representatives.

There are already some Democrats who oppose abortion, though they are unusual. Heath Mello, a Democratic mayoral candidate in Omaha, Neb., holds that position, a stance typical of Republicans.

But Mello’s opposition caused contention within the party earlier this year when Vermont Senator Bernie Sanders and DNC vice-chairman and Minnesota Representative Keith Ellison appeared at a rally to support him despite the candidate’s opposition to abortion, according to The Hill.