The spat between Rosie O’Donnell and President Donald Trump is well-documented and long-running. At one point in a presidential debate, Trump was attacked for his rhetoric towards women and defended his statements by declaring that he only insults O’Donnell. For his part, the president hasn’t tweeted about the actress since May. But Rosie hasn’t stopped talking about Trump. She’s previously referred to him as “mentally unstable” and a slew of other insults.

RELATED: Trump says that he finally agrees with Rosie O’Donnell on this hot topic

On Saturday, O’Donnell sparked fresh outrage when she tweeted a link to a game called “Push Trump Off a Cliff Again.”

Sean Hannity’s blog referred to O’Donnell as “the rabid-leftist” and called the game “sick.” O’Donnell has previously issued an apology to Melania and Barron Trump after she shared a video suggesting that the youngest son of the president is autistic.

HuffPost reported that the game was played 2.5 million times in the week following its launch. However, it doesn’t seem to be working at the moment, as the Trump figure does not even appear on the screen. Essentially, users had the option to throw a Trump figure from a cliff, hurl him into a volcano or even feed him to a dinosaur. 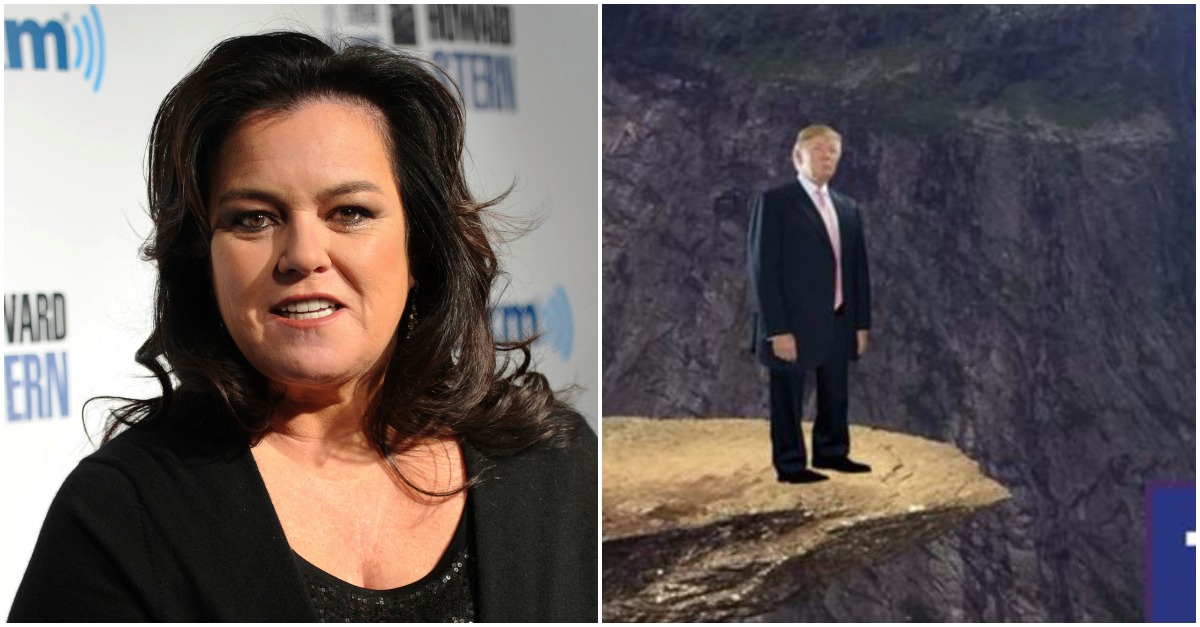