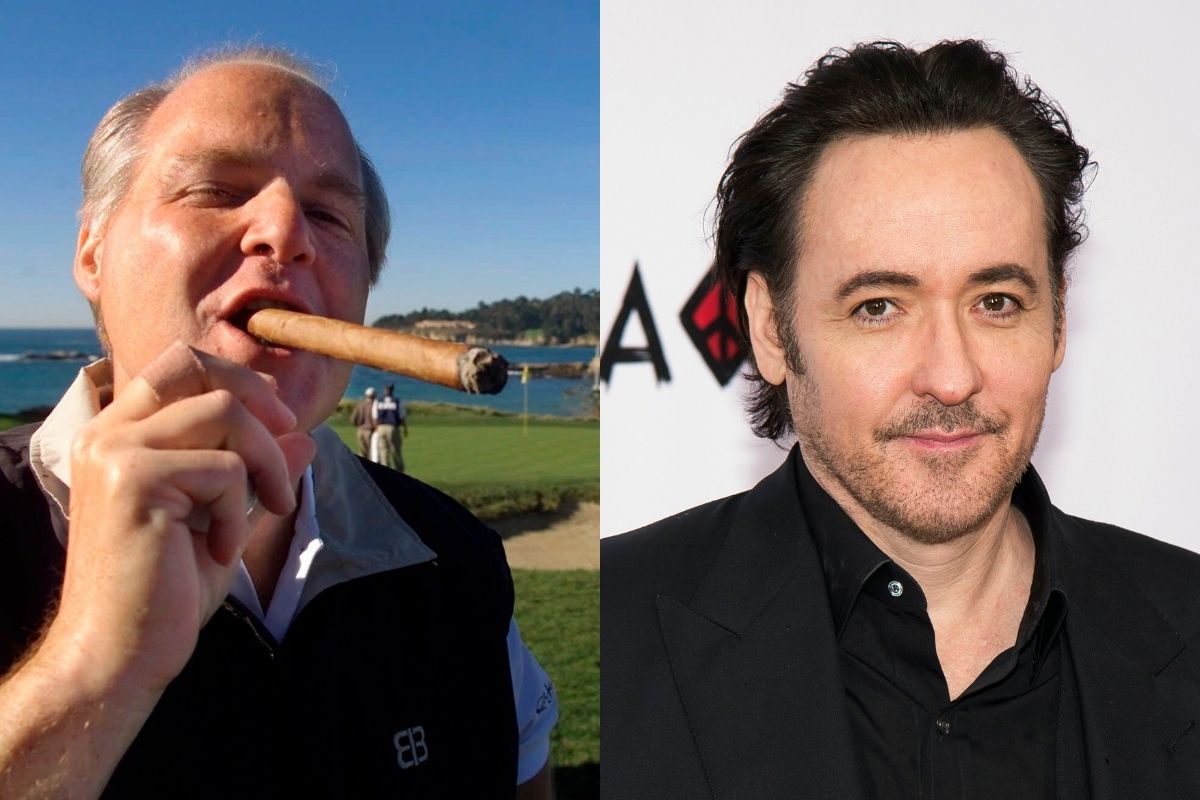 “Do not speak ill of the dead” is an aphorism dating back to Ancient Greece. The line was first recorded by the philosopher Chilon of Sparta, one of the Seven Sages of Greece, in 600 B.C. For more than 2,000 the simple adage has been our go-to etiquette when it comes to talking about the deceased. But it’s safe to say that any last shred of decorum in our present-day politics flew the coop (or should I say, flew the coup) when a certain presidential candidate bragged about grabbing women “by the p*ssy” — and still won.

So when conservative talk radio host Rush Limbaugh died last week, at the age of 70, it was no surprise when some high-profile celebs used their platform to say good riddance.

The Death of Rush Limbaugh

Rush Limbaugh died in Florida after battling lung cancer — a disease which he insisted had nothing to do with his habit for cigars. He left behind his fourth wife, Kathryn. Many news outlets took the time to remember his wildly popular radio show and his Presidential Medal of Freedom, bestowed upon him by the former president Donald Trump. Fox News called him a “conservative talk radio pioneer” in a glowing obituary. GOP officials like Mike Pence tweeted out, saying, “Today America lost a Giant with the passing of Rush Limbaugh.”

Meanwhile, many Democrats took to social media to directly call out the bigotry that the Republican broadcaster perpetuated throughout a long career in conservative radio. For some time last week, #RestInPiss and #RotInHell became trending topics! Progressive talk show host Cenk Uygur, of The Young Turks, tweeted his own concise explanation of this immediate online phenomenon:

The idea that you say artifically nice things about people after they die is weird. I've never understood the logic of it. Rush Limbaugh was a terrible person while he was alive. He made a living by attacking the powerless. His death does not in anyway change or redeem that.

He was a horrible person. 👇👇 https://t.co/K3jWccWqNK

As comedian Billy Eichner points out in a response to his own re-tweet, “Honestly Rush would’ve loved all the hate-tweeting about him today. Hate was the BRAND.”

#RushLimbaugh has gone to his reward. Bet it’s hot.

Me being Hellboy n shit, and having spent so much time in hades, I would like to extend my deepest sympathies to the poor devil who will no doubt have to spend the rest of eternity with Rush Limbaugh.

It’s a real shame when someone wasted their lives spewing hate and lies .what Lonely sad and empty place it must be at the end.

Never speak ill of the dead – the poet tell us – but the truth demands the recognition of some facts – besides Murdock – there has been no more destructive a practitioner of the big lie for profit in US history – https://t.co/QPW9fJguWc