Guardian angels and heroes have no age minimum as proved by this British teen in West Yorkshire. 15-year-old Ryley Ferguson proved to be a hero teenager at heart, his actions coming naturally to him. And Rebecca Hampton most definitely reveres the young man as a guardian angel.

Ryley was taking his daily walk with his dogs along the Knottingley canal that is the Aire and Calder Navigation when he noticed something was not right. Little 15-month-old Reggie Hampton, Rebecca Hampton’s young toddler, was shouting and playing in a grassy area near the canal, giving Ryley some anxiety about the toddler possibly falling in.

Ryley said, “I realised how young he was and with him being on the other side I thought I need to go and get him or he’s going to go in. I could see him playing in the grass.” And his gut was right.

Right as that thought crossed Ryley’s mind, little Reggie suddenly fell in, legs sinking, sending him straight to the bottom of the canal. Before Ryley could even process what was going on, he reacted the best way he could. The teen threw his coat off and jumped into the canal to save the drowning toddler.

Needing help, he still managed to tread water for almost five minutes while holding the terrified toddler wiggling and thrashing about above the water before two men finally came to help pull them safely onto land. The teen superhero described the situation saying, “I was telling him, ‘I have got you, you are going to be alright.’ ”

According to Rebecca, without her knowledge, Reggie had been playing in the garden, eventually wandering through a gate onto a towpath that led to the canal. She is incredibly thankful for Ryley saving her baby and posted a picture of the two on Facebook saying, “Our hero right there with my boy… this photo will be getting printed and put into a frame and put where Reggie can see it.. so he knows who his guardian angel is.. Reggie will always know who his hero is..and we will forever be in your debt.”

Local Councillor Tom Gordon asked that the mayor of Wakefield Council reward the hero teenager for saving Reggie’s life, and other locals have come together to nominate Ryley for the Pride of Britain Award. Ryley’s parents, Michael and Amy, are incredibly proud of him. Amy said, “He was brilliant, he wasn’t strong enough to help the kid out of the canal, and he was holding him above water for some time so it’s lucky people came to help.”

And if you thought all the heroics were mentioned in this story, then you thought too soon. Another resident of the town set up a GoFundMe page for Ryley to give him a cash reward. Now you’d think a teenager would be excited to pocket the money, but according to the Daily Mail, Ryley is not accepting the money. Instead, he is donating it to the NHS (United Kingdom National Health Service). Amazing.

Not only does this young superhero save a drowning toddler, but is also maximizing the situation to help the fight against the coronavirus pandemic and COVID-19. To Michael and Amy: your son is going to do great things later on in life. 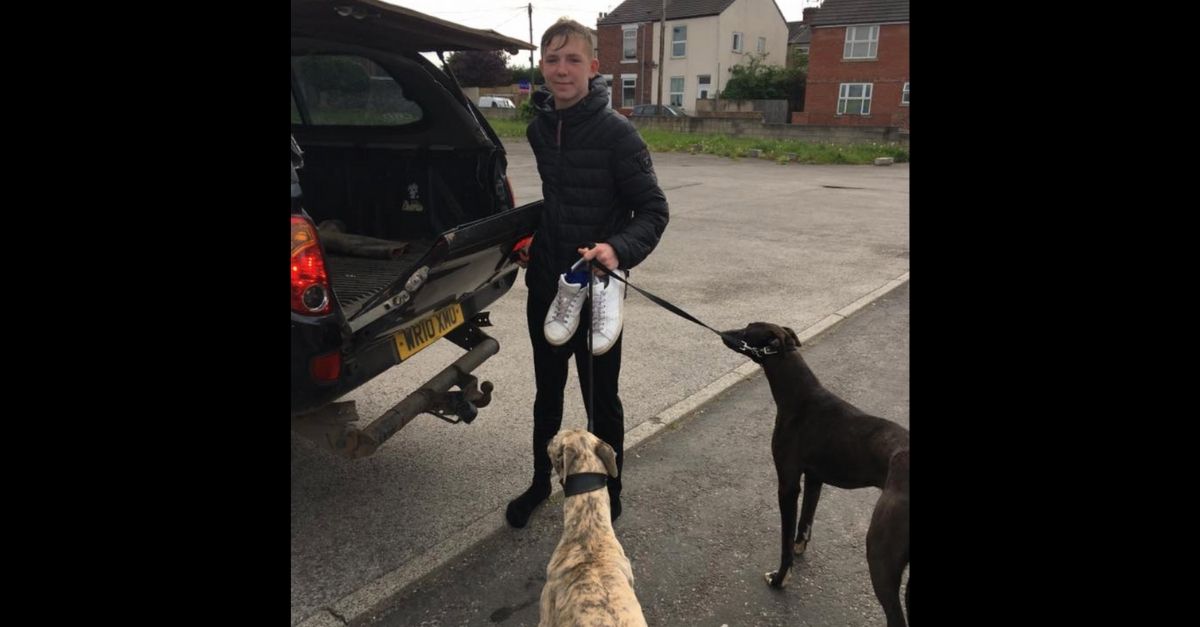