Menu
Follow us
Search
Menu
Search
Via The Sun

A 14-year-old boy who was reportedly bullied by classmates was tragically killed by a train, just minutes before handing over his cell phone and backpack to his classmates. According to authorities, the visibly distraught children saw Sam Connor lay down on the tracks at Chertsey Station, 90 minutes outside of London.

More than 50 children from Roman Catholic School Salesian were standing on the platform at the time of the incident. Cops quickly ushered them away from the scene so specialists body recovery experts could remove the remains from the train tracks. Sam Connor was said to have been bullied by several children at his school, and would often sit by himself in the playground during break time. ”

How horrific. How awful. For his family, for the other kids who witnessed it. THIS is what happens when you cut #CAMHS and other #mentalhealth funding. RIP Sam Connor. This is just the saddest thing I've seen all day.

A family friend stated that the family didn’t know how he was being bullied, but it must have been horrendous for him to “resort to taking his own life. Authorities believe the boy might have planned the incident since there was a scrawled note that appeared to be a suicide note found nearby. Several classmates described the 14-year-old as popular and bright and was one of the “nicest and most charming” boys at the school.

James Kibble, the school executive headteacher, released a statement after the tragedy, stating, ‘This is an incredibly difficult situation but knowing the faith, compassion, and strength of our school community, I am confident that we will work together to support one another.” Kibble added that educational psychologist and counselors would be available at the school to provide support for students.

It breaks my heart to read today of a lovely bright young boy, 14 who took his own life because of bullying. What is wrong with these kids/adults who get a kick out of making someone so unhappy. RIP Sam Connor. There's NO ROOM for bullies in our world. 😪

According to a school spokesperson, they had “no record” of the boy being bullied and could not provide any more comments. Several floral tributes and notes have been left of the gates of the train station for Sam and family members. 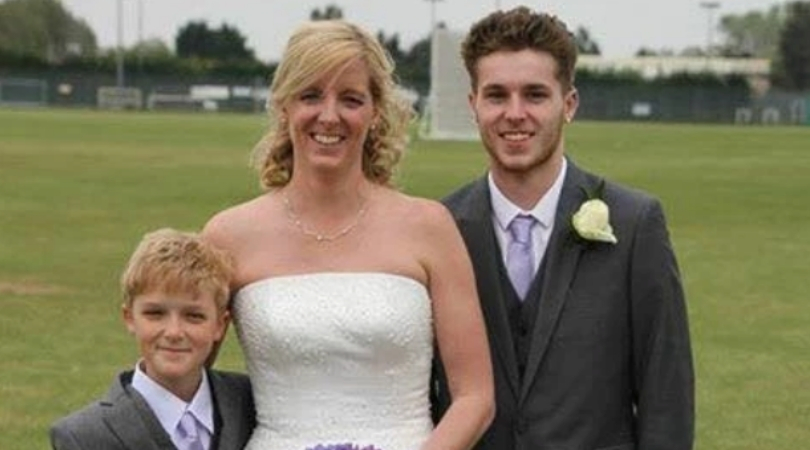