Waitress Shares ‘Humiliating’ Video of Man Grabbing Her Butt, Calls Him Out 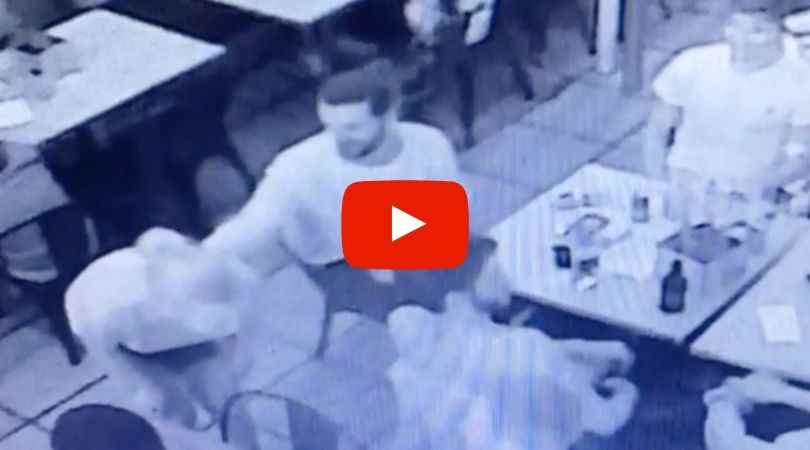 This is so sad. It’s so heartbreaking to see people still doing this out and about so freely. A waitress from South Africa shared a video of a male model grabbing her butt while she was working. The CCTV footage from the Cape Town restaurant shows model Reyn Du Preez reaching out to touch Sarah Belgarion’s backside while she leans over to serve another customer. The waitress can then be seen confronting the man about his actions. She stated the man continued to insult and humiliate her despite his friends telling him to stop.

Why did Belgarion decide to share the video on social media? Well, one it’s shocking of course, and two, to expose him. In the caption, Sarah claimed the security footage broke her heart and asked others to step in whenever they see anyone acting this way. She called out the man, stating, “YOU ARE EXPOSED! And caught in the act! It BREAKS my heart! I’ve watched it over and over again…feeling more like trash each time. Men of South Africa this happens on a regular basis…what are YOU going to do about it?”

She also thanked Du Preez’s friends who were attempting to stop the man as he continues to insult her and touch her inappropriately. Since the release of the video, the man has apologized via Instagram stories claiming that he is highly ashamed of the way he treated. He stated, “I am ashamed of how I acted and can only imagine how that made Sarah feel. It was a moment of bad character under the influence of alcohol and I truly did not mean to belittle her or make her feel violated. I am not here to make excuses, but to explain my actions and to publicly apologize.”

He also said he is apparently taking the incident as a life lesson and now knows what type of person he wants to be in the future. Ever since the incident, German modeling agency Modelwerk has dropped Du Preeze stating they have no tolerance for is acceptable behavior and “condemn it in no uncertain terms.” Local agency Boss models sa has also terminated his contract.

Which in all fairness, I totally see why. This dude had no reason to grab this woman whatsoever, unacceptable behavior. I’m glad she spoke up and shared the video. It goes to show that sometimes people have no respect for others. I mean, this woman could have easily filed some sexual harassment claims against him. He’s lucky.