Sarah Palin thanks Julian Assange for “exposing the truth re: the Left” 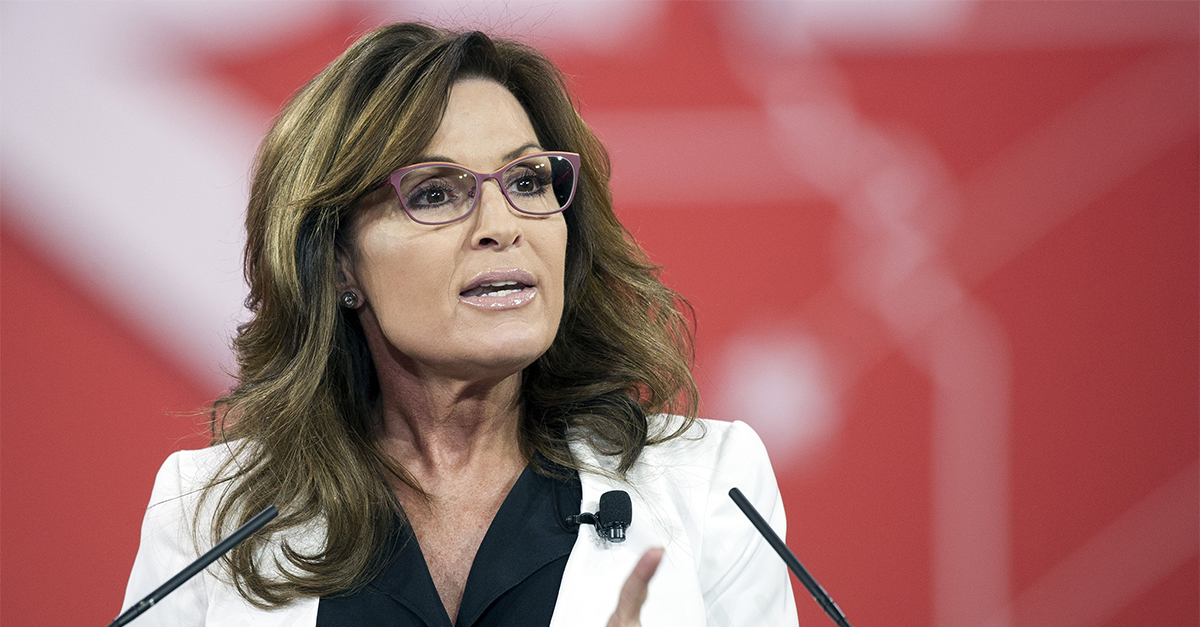 Julian Assange has been a polarizing figure in American politics for several years. His company WikiLeaks first attracted mainstream attention in April of 2010, when they published a video of a drone strike that appeared to show the deaths of innocent people.

RELATED: Glenn Beck invokes the spirit of Tina Fey to make fun of Sarah Palin’s criticism of the Carrier deal

During the 2016 election, WikiLeaks published tens of thousands of e-mails from the Democratic National Committee. Those led to Debbie Wasserman Schultz stepping down and, in part, the defeat of Hillary Clinton. The website published almost nothing from Republicans, making the effects of the DNC leak more pronounced.

Assange is currently holed up in the Ecuadorian embassy in London, where he is hiding from rape allegations. It’s likely that he will be there until 2020, when the statute of limitations expires on those charges. Sean Hannity recently interviewed the Australian hacker, and Assange told him that the source of the DNC hacks was “not the Russian government and not a state party.” Hannity’s love of Assange is a relatively new infatuation — a few years ago he accused the WikiLeaks editor-in-chief of “waging war on the U.S.”

RELATED: Julian Assange still has no sympathy for Hillary Clinton, says she “tried to destroy us”

Sarah Palin’s emails were hacked by a WikiLeaks a few years ago, and she was highly critical of the group. But yesterday she apologized on Facebook to Assange, writing that he “opened people’s eyes” and encouraged her followers to watch the biopic “Snowden,” which is based on the whistleblower Edward Snowden. Here’s the Alaskan’s apology in its entirety.

To Julian Assange: I apologize.
Please watch Sean Hannity’s interview with Julian Assange (Wikileaks).
Exposing the truth re: the Left having been oh-so-guilty of atrocious actions and attitudes of which they’ve falsely accused others. The media collusion that hid what many on the Left have been supporting is shocking. This important information that finally opened people’s eyes to democrat candidates and operatives would not have been exposed were it not for Julian Assange.
I apologize for condemning Assange when he published my infamous (and proven noncontroversial, relatively boring) emails years ago.
As I said at the time of being targeted and my subsequent condemnation, though, the line must be drawn before our troops or innocent lives deserving protection would be put at risk as a result of published emails.
Julian, I apologize.
– Sarah Palin
ps. If you get the chance, catch the movie “Snowden.” That movie and Hannity’s interview tonight are quite enlightening.