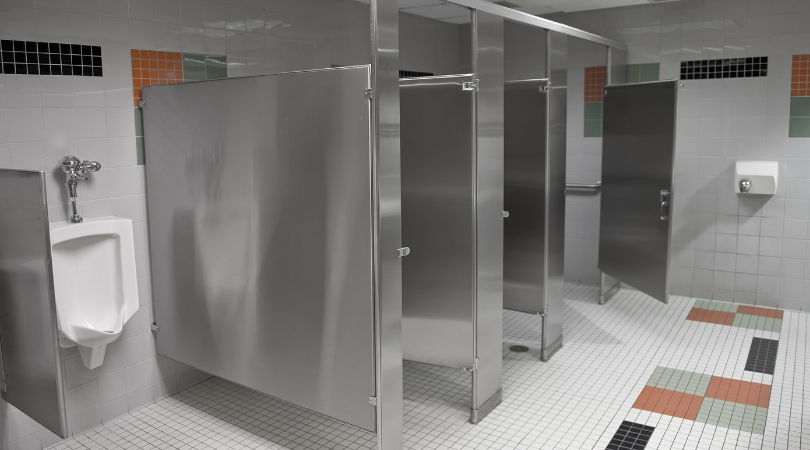 A school in Alabama decided that they are through with privacy and are ready to expose all students. Turns out the Alabama high school came up with a, let’s say “interesting way” to stop students from vaping on campus. How? By literally taking the doors off of bathroom stalls. Yup, basically everyone will be able to see you pee. How cool.

Is this a bit excessive? Yeah totally. I get that vaping is bad, and schools are trying to come up with a way to stop kids from basically getting addicted, but this is too much. Restrooms are a private place. This can open the door to bullying and can even cause more harm. But, administrators at Wilson High School state that kids have been sneaking into the restrooms to smoke cigarettes and vape.

Principal Gary Horton said he recently found a male student passed out in the boy’s restroom after vaping. This was the reason he decided to take off some of the stall doors in the bathroom to stop people from secretly smoking during school hours. Parents obviously came forward and voiced their opinions, saying this was a heavy invasion of privacy, which it is. Several questioned why it was only the boy’s restroom and not all the campus bathrooms.

Horton stated that the doors on bathrooms would be going back at some point, but not until the school district finds a solution for vaping. Parents suggested having spotters in the bathroom and having an adult go in there once in a while to make sure there is no vaping or smoking of any kind going on.

Personally, I would probably put some security officers or a hall monitor to keep the boys in check. Administrators could also conduct some random searches during school events. But, between you and me, we all know that these high school students will just probably find another place to go and do their deeds. It doesn’t take an expert to know that they are probably also doing it at home or whenever they go to the mall with their friends. You need a better solution, Wilson High School. This is not the way to combat vaping.