Scientists Reveal First Ever Image Of A Black Hole 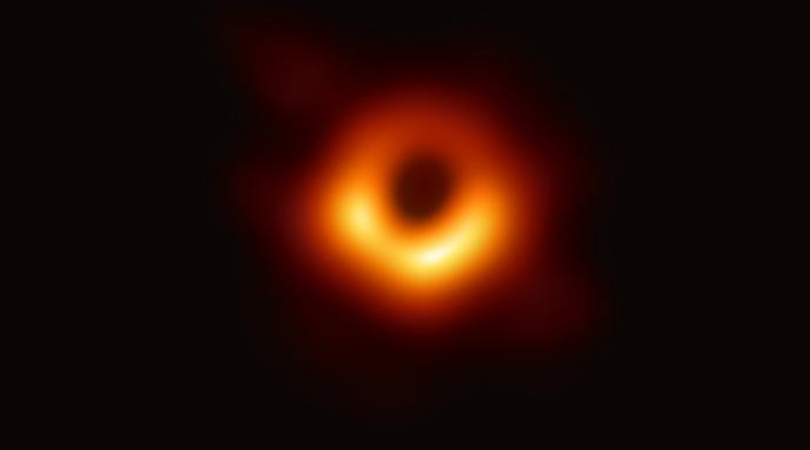 It’s here! Science at its finest, and we have never been more impressed! Have you ever wondered what a black hole looks like? Well look no more, scientists are way ahead of you! Event Horizon Telescope, a world-spanning network of telescopes, zoomed in on the supermassive monster up in the galaxy M87 to take a peak of the first image of a black hole. More than 200 research are involved in the project, working for more than a decade to capture this image. The project is named for the event horizon, which is the proposed boundary around the black hole. This represents the point of no return, where no radiation or light can escape. Talk about impressive!

EHT Project Director and astrophysicist at the Harvard-Smithsonian Center for Astrophysics in Cambridge, Mass, stated his team has been studying black holes for so long, that seeing one became a “Herculean task”, but scientists never gave up. Why is it so hard to see a supermassive black hole? Well, that’s because black holes’ gravity is so extreme that not even light can escape from across the boundary at a black hole’s edge, which is known as the event horizon.

So, the team combined the power of eight radio telescopes around the world using Very-Long-Baseline-Interferometry. This creates a virtual telescope around the same size as the earth itself. The telescope array collected 5,000 trillion bytes of data in a span of two weeks, which were processed through supercomputers to scientist could retrieve the images.

But, some black holes, usually those with supermassive one dwelling in galaxies’ centers, stand out by “voraciously accreting bright disk of gas” as well as other material. The EHT, in this case, the image shows the shadows of a Messier 87’s black hole on its accretion disk. As you can see, there is a “fuzzy” asymmetrical bright ring, showing a dark abyss of one of the universe’s most searched for and mysterious objects.

Safe to say that although none of us, or scientists for that matter, have seen a black hole, the image does align somewhat to the expectation of what one should look like based on Albert Einstein’s Theory of Relativity. The genius predicted how spacetime is warped by the extreme mass of a black hole. So, the pictures are a strong piece of visual evidence that supports the existence of these phenomena, and they help verify Einstein’s general relativity.

The image also proved a new measure of the black hole’s size and heft, ensuring its mass of about 6.5 billion solar masses that of our sun! As for the behemoth’s size, it’s diameter stretches 38 billion kilometers, as it spins clockwise. This gives researchers reason to believe it may be the largest viewable black hole from down here on Earth. The larger the black hole, the larger the shadow.

So yeah, it’s a pretty big deal. The team hopes to solve more long-standing mysteries about black holes, such as how M87’s behemoth spews a bright jet of charged particles thousands of light years into the solar system. No idea how they’ll solve that, but sure, I believe they’ll be able to do it. Heck, they discovered a supermassive black hole!

Your turn, NASA. When can we expect to see the aliens? Asking for a friend.