Look Up! Winter Solstice Coincides with a Full Moon and a Meteor Shower This Year! 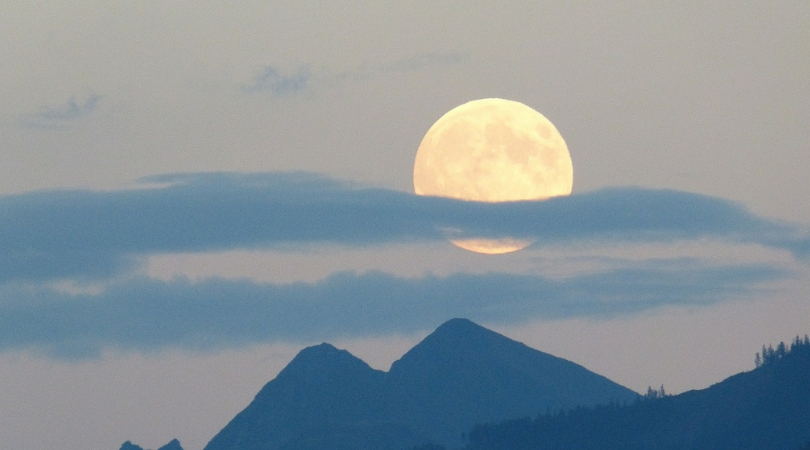 It?s back, time to hide in your home, lock the doors, and leave some water and food for the wolves! The full moon is making its rounds again, this time syncing up with Winter Solstice. Although December’s full moon, The Full Cold Moon, will be visible on the night of Friday, December 21, the full moon will officially reach its peak the next day, December 22 at 12:49 pm!

Yes, the moon will be full enough to show a wonderful show on the 21st so you might want to keep an eye out for it that night. Not only is this event special because of the winter solstice, but if the sky is clear enough, one will also get to see the Ursid meteor shower and see Mercury and Jupiter sync up.

The winter solstice, also known as midwinter, is the shortest day of the year and the longest night of the year. It happens when the sun appears at its most southerly position. This year, the astronomical event begins this Friday at 5:23 pm.

Fun Fact: Did you know the names of the moon originated for the Native Americans? They marked December?s full moon as the beginning of the coldest part of the year. The Long Night Moon is named after the longest night of the year of Winter Solstice.

The meteor shower should be visible in the mid-Northern Hemisphere. At its peak, it is said to be 11 sporadic meteors per hour just before dawn. The shower is called ?Ursid? because its meteors appear to emanate from Ursa Minor, also known as Little Dipper. Unfortunately, due to the aforementioned full moon, the meteors might be hard to spot, but hey, it?s worth a try.

But, good news to all my planet fans out there, we get a special treat this year! Jupiter and Mercury will appear as if they are about to collide in space, despite being hundreds of millions of miles apart. They will be 0.9 degrees away from each other, which is around two moon-diameters. It will be a good weekend, indeed! Happy watching!