The Only Total Lunar Eclipse of 2019 is This Month, Here’s How to See the Super Blood Moon 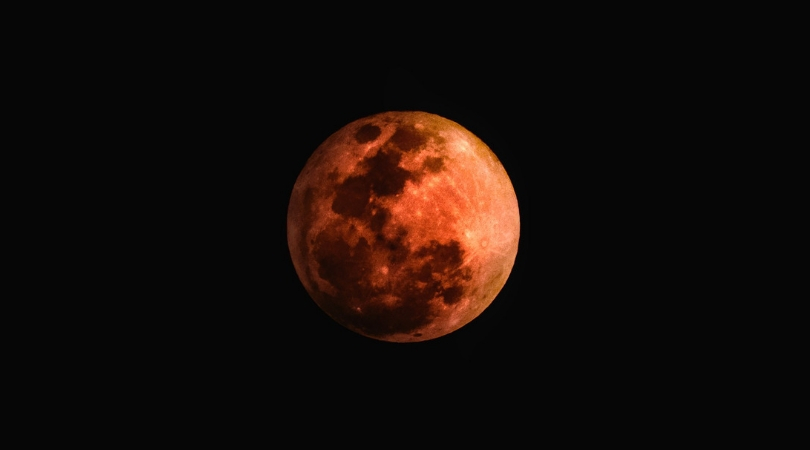 It looks like we are already starting 2019 with a bang! In less than two weeks the celestial sight ‘Super Blood Wolf Moon’ is expected to excite viewers from around the world. On January 20th, we will get to witness the astronomical event, which happens to be last one until 2021! So, safe to say it’s a special one!

The lunar event, also dubbed as the “Super Blood Moon Total Lunar Eclipse”, (I know it’s a mouthful) will allow us to see three celestial events coincide, each being a phenomenal sight across the winter sky. The Wolf Moon eclipse, and other events like these, occur when the moon passes through the earth’s shadow. Each Full Moon has a specific name, depending on the distance and length of the eclipse. How did the Super Blood Wolf Moon receive its name? Easy. Tracing back to Native American times, wolves would appear outside villages and towns and howl in hunger at the full moon, hence the name. The Full Moon is not only a Supermoon but a Blood Moon as well, creating the Super Blood Wolf Moon. Moon, Moon, Moon! Talk about a mouthful.

The celestial event occurs when a full moon is closer to earth than usual, which is why it appears larger. The moon is near perigee, the closest possible distance from earth. It is slightly larger and brighter than it normally would be, though the difference can’t really be seen with the naked eye. However, a Blood Moon sees the moon change to coppery red hue due to light refraction. This time around, the Wolf Moon will be visible on the night-side of earth, which includes South America, the Eastern Pacific Ocean, the Western Atlantic Ocean, and Extreme Western Europe.

Staring on January 20, in the Eastern time zone, the partial eclipse is expected to begin at 10:22 P.M, meaning you don’t really have to set your alarm like last time, which took place at 5 A.M! It’s dinnertime eclipse then starts at 7:33 P.M.

After the partial eclipse begins, the Full Moon goes through several series of shapes, also described as phases. At 11:30 EST one will be able to see one small bright spot that remains while the rest of the moon turns orange, resembling Mars! Totality begins at 11:41 EST or 8:41 PST. Luckily for us, there is no need for any special equipment to witness the Moon. If the clear skies allow it, all you have to do is go to your backyard or any place that is away from any street lights, especially blue lights, and enjoy the night sky! Now, you don’t want to miss this event because this eclipse will be the last one visible from North America this year. Yikes!