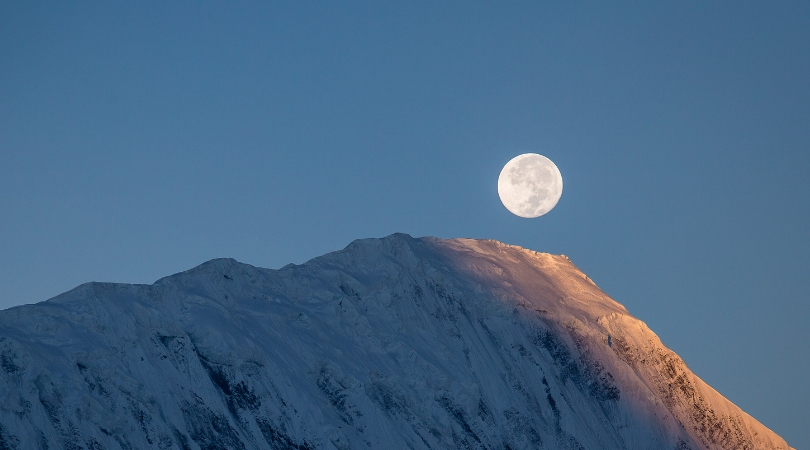 Cancel all your plans tomorrow night, because this is a lunar event you don’t want to miss. The Super Snow Moon will brighten up the sky, making it the brightest Supermoon of the year!

The Supermoon occurs during the Full Moon since it will be closest in its orbit to Earth. The Moon will reach its peak on Tuesday morning at 10:53 a.m. EST. But, unfortunately, it won’t be visible then, but keep an eye out on Monday night (February 18) and Tuesday night(February 19) where it should appear full both nights. Moonrise is the best time for those interested in seeing the supermoon because it will be closest to the horizons. For North American Time Zones, the Full Moon will crest at 11:53 a.m. AST, 9:53 a.m. CST, 8:53 a.m. MST, 7:53 a.m. PST, 6:53 a.m. AKST and 5:53 a.m. HST.

February’s Full Moon is also known as the Snow Moon after Europeans and Native Americans Tribes gave it the title since it was the month associated with heavy snowfall. February’s Moon has also been called Hunger or The Bone Moon due to the lack of food available in the winter.

Each month, the Full Moon has a different name signifying what is most associated with that time. This after centuries ago, lunar month were associated with the changing season rather than the solar year. For example, April will be Pink Moon, May will be Flower Moon, June will be Buck Moon, so on and so forth.

Last month we witnessed the “Super Blood Wolf Moon”, lighting up the sky bright red-orange. This time around, according to The Farmers’ Almanac, the Snow Moon is expected to give an “under the light of the silvery moon” a whole new meaning.  It is said to be the closest, largest and brightest of its’ kind until 2026 and is the second of three Supermoons taking place one after another in 2019.

It will be at a distance of approximately 221,600 miles from Earth and “100 percent of its closest approach for the year”. Which is closer than your average moon’s distance of nearly 239,000 miles from Earth. The third and final Supermoon of the year will take place during the “Worm Moon” on March 20, 2019.

So yes, grab those binoculars, go for a walk outside, and look up. Happy watching, friends!