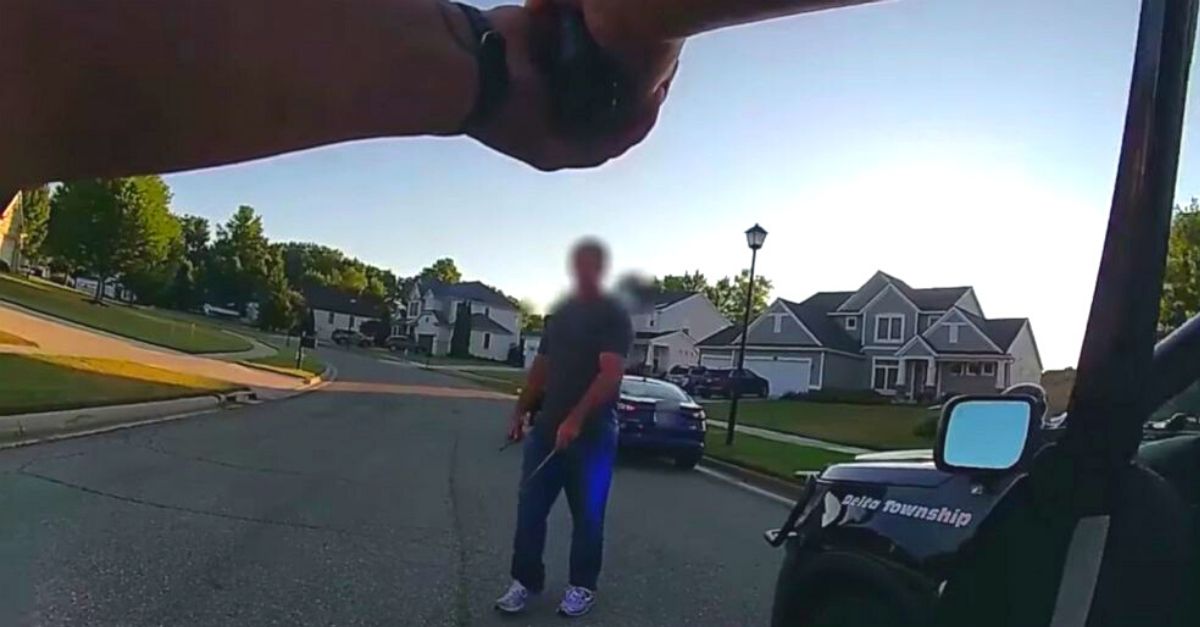 A Michigan man was killed in an officer-involved shooting after he allegedly stabbed a person during a dispute over wearing a face mask inside a convenience store. According to Eaton County Sheriff Tom Reich, 43-year-old Sean Ernest Ruis wasn’t wearing a mask inside the Quality Dairy store when he got into a heavy confrontation with a customer who was wearing one.

When confronted by a 77-year-old customer who was wearing a mask, Ruis got angry and allegedly pulled out a knife and stabbed the man, seriously injuring him. An Eaton County Deputy then pulled Ruis over in Delta Township, near Lansing, a half an hour later. That’s when Ruis jumped out of the car and then aggressively approached the deputy while wielding two knives and a screwdriver. Afraid for her safety, the deputy shot Ruis as she backed away from the suspect.

The incident was captured on the deputy’s body camera. The video shows the officer is repeatedly heard asking the man to drop the knives before she opens fire. The deputy involved was not injured and has been placed on administrative leave and the police department is conducting a review. The Michigan State Police is also conducting a separate independent investigation, citing deadly force, and is leading the investigation into the stabbing incident.

Through a statement, Sheriff Tom Reich stated he believed Ruis intended to violently attack the deputy during the traffic stop. The deputy was seen backing away from the man, repeatedly ordering him to drop the weapon, but he “continued to advance and attack.” According to Reich, the woman acted in defense of her own life. Ruis was transported to a hospital where he died. As far as the 77-year-old man, he was hospitalized and treated for his stab wounds and is in stable condition.

Authorities have yet to release the name of the 22-year veteran with the sheriff’s department. The incident occurred one day after the governor’s executive order making wearing a mask mandatory in all indoor public places came into effect, due to the rising COVID-19 cases. Gov. Gretchen Whitmer’s order requires any business to deny the entry or service of those who refuse to wear a mask covering “with limited exceptions.”