Sean Spicer on Syrian attack: Even Hitler didn’t use gas “on his own people” the way Assad did 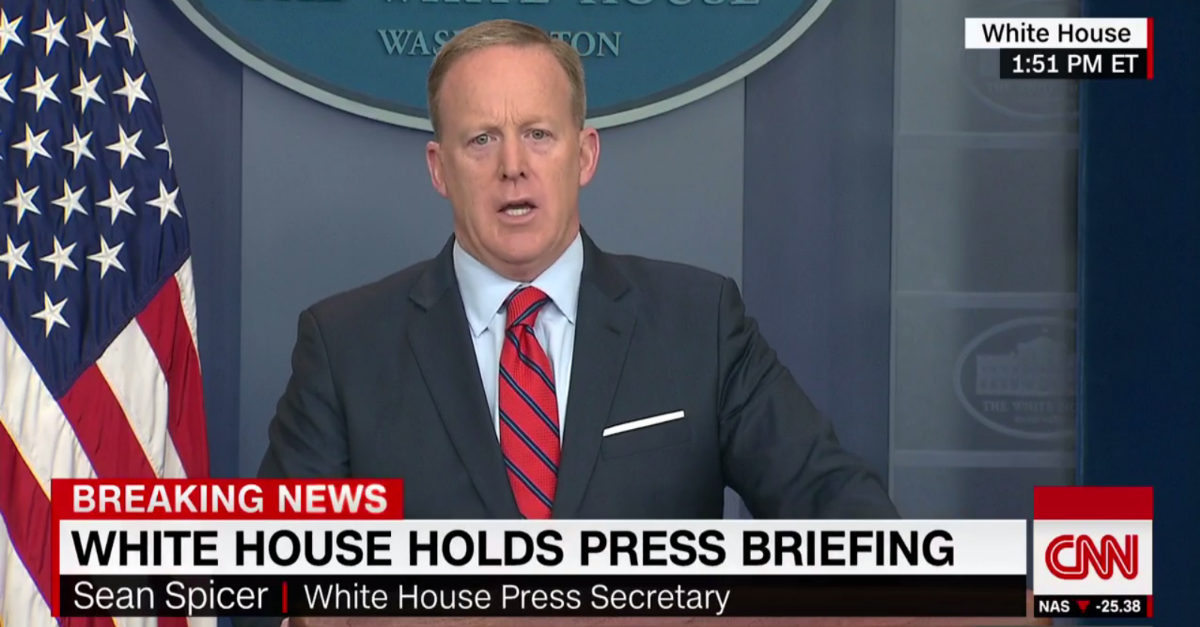 During his daily press briefing Tuesday, White House press secretary Sean Spicer said that Bashar al-Assad’s chemical attack against the citizens of Syria was worse than Adolph Hitler’s actions during World War II because Hitler didn’t gas “his own people” the way that the Syrian president did.

After a question regarding Russia’s support of Assad, Spicer responded, ?We didn?t use chemical weapons in World War II.”

“You know, you had [?] Someone as despicable as Hitler, who didn?t even sink to using chemical weapons,” he added, seemingly forgetting that Hitler used gas chambers during the Holocaust.

He later tried to clarify his remarks by saying, “I think when you come to sarin gas, there was no [?] [Hitler] was not using the gas on his own people the same way that Assad is doing.”

RELATED: Sean Spicer said President Trump will not personally pay for Mar-a-Lago trips — “At what point does he do enough?”

His comments soon started trending on social media, and the backlash was swift and harsh.

So spicer, Fellow German citizens weren't "his own people? " Ohhhh iiiiiii get it. They were JEWS. #Hitler #Syria #Spicer #GasAttack https://t.co/b3IijLmvGy

.@PressSec #Spicer is finished. He's needs 2 resign immediately or be fired. No turning back, clarifying or apologizing at this point. https://t.co/zVdHxyh9rB

The Anne Frank Center even called for Spicer to be fired following his comments.

The U.S. Holocaust Museum also posted a video on Twitter, seemingly in response to Spicer’s comments, showing what U.S. Forces found when they liberated Buchenwald concentration camp near Weimar, Germany, in 1945.

WATCH: Footage from our collection shows what US forces discovered when they liberated #Buchenwald. pic.twitter.com/jySQOWM6Lf

In a follow-up statement to NBC News, Spicer, again, tried to clarify his comments, saying, ?In no way was I trying to lessen the horrendous nature of the Holocaust. However, I was trying to draw a contrast of the tactic of using airplanes to drop chemical weapons on innocent people.?