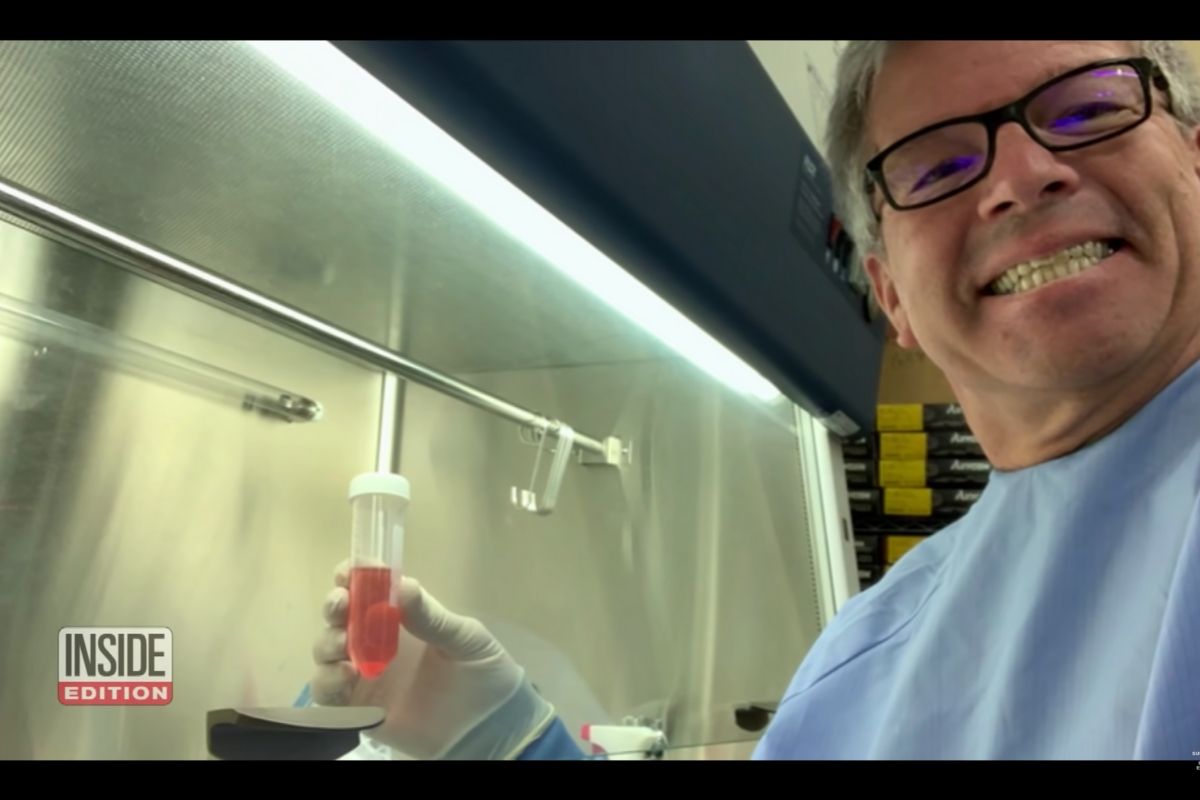 I understand that waiting for your dose of the Coronavirus vaccine can feel unbearable… but this is not a DIY situation! Johnny T. Stine, a man from Seattle, Washington, has been arrested for peddling a self-made vaccination. Stine is an entrepreneur and microbiologist — two professional fields that should never overlap. Apparently, Stine created the vaccine himself and administered it to others.

In early March of 2020 — mere days into an international panic over the Coronavirus pandemic — Johnny T. Stine posted on his personal Facebook page, boasting that he’d quickly created an effective Covid-19 vaccine. Stine eventually spoke to the Pacific Northwest NPR affiliate KUOW and said that “he had downloaded the virus?s genome sequences from a Chinese database to create his ‘vaccine.’ Doing so ‘literally took half a day to design.’ ” Stine says he physically created vaccine using equipment purchased on eBay for about $5,000. He also remarked on the failure of the slow rollout, saying, “Tons of people with my degree and background, they’re using their degrees to tell you to walk six feet apart and wash your hands… I’m making a goddamn vaccine.” If you ask me, his whole attitude sounds very Elon Musk.

Press surrounding Stine’s offbeat vaccine spiked after Stine conducted a public conversation over social media with Farhad Ghatan, the Mayor of Friday Harbor, a town in Washington’s San Juan Island. From the messages, it seemed that Stine had been invited to administer the vaccine for $400. Attorney General Bob Ferguson then sent Stine a cease-and-desist letter warning of possible lawsuits over ?false or unsupported claims.”

Of course, Stine’s homemade concoction was never approved by the Food and Drug Administration (FDA). It took nearly a year for large-scale Covid-19 vaccination efforts from major companies like Pfizer, Moderna, and AstraZeneca to be thoroughly tested through clinical trials. The Johnson & Johnson vaccine has only recently been okayed for use in the United States. But that did not stop Stine from taking the vaccine himself and administering it to 30 other people — including his own underage son.

On January 21, 2021, Johnny T. Stine was arrested by law enforcement, working with undercover agents from the Food and Drug Administration’s Office of Criminal Investigation. Speaking to them unwittingly, Stine agreed to cross Washington state lines to Oregon and California in order to vaccinate some of the agents’ family members. He was arrested officially on a federal misdemeanor charge: introducing misbranded drugs into interstate commerce.

Stine currently faces up to one year in prison and is being fined $30,000 for noncompliance. With Stine being held on federal charges, hopefully, a larger public health disaster was averted. As of January 21, at least one person that Stine had injected with his “vaccine” had been hospitalized for Covid-19.