Hatchet Man Road is One of the Most Gruesome Haunted Places in the U.S. 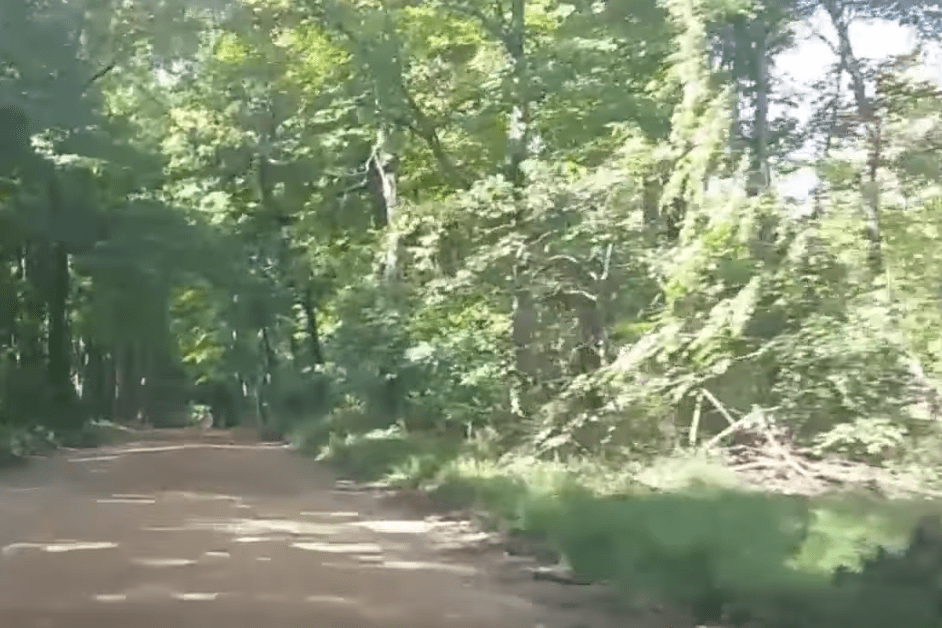 The name “Hatchet Man Road” pretty much says it all. This stretch of road near Kalamazoo, Michigan has everyone who knows the urban legend surrounding it seriously creeped out, and for good reason. As far as local legends go, this is one of the darker ones in the United States.

The story goes that a paranoid man, hoping to save his family from the painful death of the coming apocalypse, killed his wife and children with a hatchet before killing himself. Counterintuitive as the hatchet man’s plan may seem, he nonetheless killed his entire family painfully in order to help them avoid a… painful death.

All this allegedly happened near 28th Avenue south of Gobles, Michigan and 9th street near Kalamazoo, specifically on the part of the road crossing over Campbell Creek.

Now, thanks to the man’s brutal killing of his family, the area is rife with paranormal activity.

Beware, Ghost Hunters… This Haunted Location Has Both Living and Dead Ghouls

“It’s now said that you can see his spirit and the kid’s ghost and the wife’s ghost through the woods,” radio host John Robinson told Fox 17. “And if you drive there at night, you’ll see the white face of a little girl up in the trees. And you’ll see dark shadows going across the road in front of you.”

Cars are also known to idle and break down on the small town road. Suffice it to say that if that happens to you you better call Triple A as fast as possible.

According to Robinson though, a lot of hooligans hoping to perpetuate the legend dress up as clowns to scare passing drivers, even during the daytime. Because of course they do.

This article was originally published October 31, 2016.

RELATED: 15 haunted Houses Guaranteed to Terrify You This Halloween