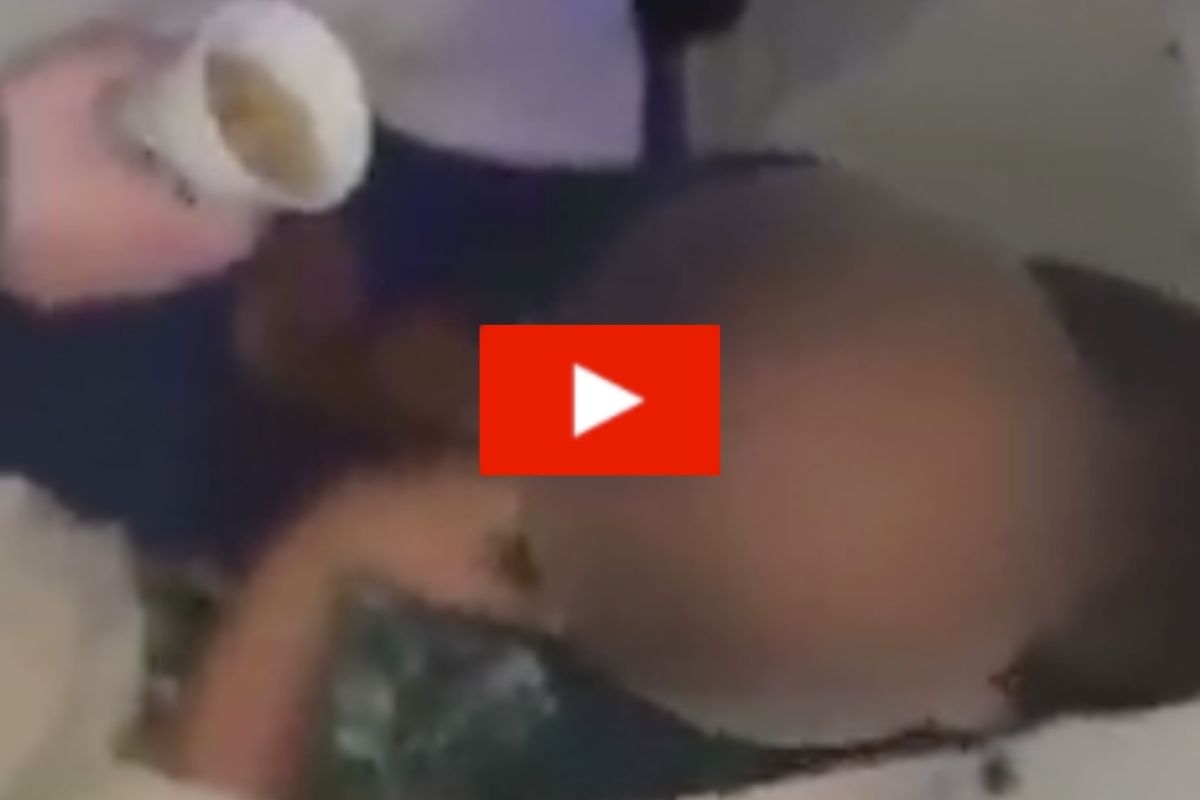 In Texas, the Plano Independent School District finally decided to help the Plano Police Department in their investigation of a potential hate crime case, after initially not taking action. In Plano, a suburb outside of Dallas, a Black middle school student was forced to drink urine by his fellow White classmates, and it was all captured on a video that went viral on social media.

Summer Smith, the mother of 13-year-old SeMarion Humphrey, had been reporting for months to Plano ISD that her son was getting repeatedly bullied. However, the school district had originally said, “there is nothing they [could] do,” because it wasn’t necessarily taking place on school grounds. Nevertheless, with the video showing the young boy not only being forced to drink urine, but also getting slapped and being called racial and homophobic slurs, now trending on social media, the school district has changed its position.

SeMarion Humphrey Forced to Drink Urine at Sleepover in Texas

Editor’s note: The videos below are violent and concerning in their nature. Viewer’s discretion is advised.

According to Smith, SeMarion had been harshly bullied for months by some of his former teammates on the football team at Haggard Middle School, resulting in his quitting of the team despite his love for the sport. Smith also explained that despite the clear evidence of bullying, the coaches and school did nothing, even mentioning how a coach took SeMarion’s inhaler.

She also detailed how he was excited when one of her son’s classmates who had bullied him before had invited him to a birthday sleepover, befriending SeMarion weeks before the incident so that he would be persuaded to come over. In the viral video, SeMarion was woken up by another boy at the sleepover who was forcing him to drink urine, saying he needed to drink it because he had stopped breathing.

Another video shows SeMarion getting slapped by another boy, and along with getting called homophobic and racial slurs, SeMarion was also hit with pellets from a bb gun. According to CBS DFW, Smith said at a press conference, “How horrible must you be? This is not a prank. This is beyond bullying. You are evil. They are evil.?

Summer Smith Says “This Is Beyond Bullying”

Smith also elaborated on why this is actually more of a hate crime than just common bullying. She said, ?When you say there?s nothing you can do, what do you mean exactly? Because it seems to me that there?s plenty you can do? It was premeditated and obvious that SeMarion was only invited for their pure entertainment.?

Law enforcement has been conducting a full investigation to identify any criminal offenses since the incident happened last month. However, since the Plano school district has just now decided to help aid the investigation, they explained how a juvenile detective and school resource officer will be helping law enforcement. They released an updated statement that said,

?With the recent off-campus incident at the forefront of our community?s concerns, please know that the Board maintains strict, legal policies that protect the welfare of our students, and that unequivocally prohibit bullying and harassment. To that end, we intend to continue working with our parents, community and local law enforcement to resolve this concern while remaining focused on the success and wellbeing of our students.?

The family’s attorney, Kim T. Cole, said in a Facebook post, ?This was a racially motivated hate crime. These teens MUST be held accountable for their depraved acts,” and attached a link for a GoFundMe page to help fund his therapy and his transfer to a private school.

I don’t want to be too quick to judge the decisions of an entire school district, especially one that I grew up near, but this case shouldn’t have this much controversy around it. It’s pretty clear that the boy was getting bullied, and so I’m wondering what were school officials doing to help alleviate this in real-time? Yeah, maybe it wasn’t on school grounds, but that doesn’t mean you stop caring for your students just because they’re not at school. Especially if you’re in a position that could help make a difference.

And what about the parents? This is a very important issue, and if I were parenting one of these bullies, I would be incredibly concerned about how I was raising my child to be capable of such hate. Teaching others how to treat others equally regardless of the color of their skin is incredibly crucial and has always been valuable throughout history. My heart breaks for SeMarion, and I hope those boys are held fully accountable for their actions. They deserve the punishment for degrading someone in such a horrifying manner, and they also need to know that they can’t take their actions back. And so, they need to understand the consequences and magnitude of their decisions.