On Wednesday morning, the political ship of Washington, D.C., was still trying to right itself after Donald Trump Jr. released a series of emails detailing the lead-up to his meeting with a Russian lawyer during the presidential race. The Tuesday bombshell shook Washington yet again, only intensifying the Russian “cloud” that lingered over Trump’s presidency. And it was in this climate that Christopher Wray, Donald Trump’s pick to replace James Comey as FBI Director, began his Senate hearing.

.@LindseyGrahamSC has FBI director nominee tell all politicians to "call the FBI" if they find themselves in Donald Trump Jr.'s situation. pic.twitter.com/5xfYBfMLj7

Republican Senator Lindsey Graham of South Carolina, who is a leading voice in the chamber and has broken with President Trump on a number of issues, used some of his time to ask Wray about the emails released by Donald Trump Jr. Graham asked point-blank, “Should Donald Trump Jr. have taken that meeting?” When Wray seemed to back away from the question, Graham doubled down, declaring, “Here’s what I want you tell every politician: if you get a call from somebody suggesting that a foreign government wants to help you, tell us all to call the FBI.”

Sen. Graham: “Do you consider this endeavor a witch hunt?”
Wray: “I do not consider director Mueller to be on a witch hunt.” pic.twitter.com/ZOIXWAhQdy

Later, Graham addressed recent tweets that President Trump has sent out, in which he called the Russia investigation a “witch hunt.” Graham asked, “Do you believe, in light of the Don Jr. email […] that this whole thing about the Trump campaign and Russia is a witch hunt?” After a follow-up, Wray stated, “I don’t believe Director Mueller to be on a witch hunt.” Trump has tweeted about Graham on 12 occasions, most recently in January when he called Graham “wrong” and “weak on immigration.” 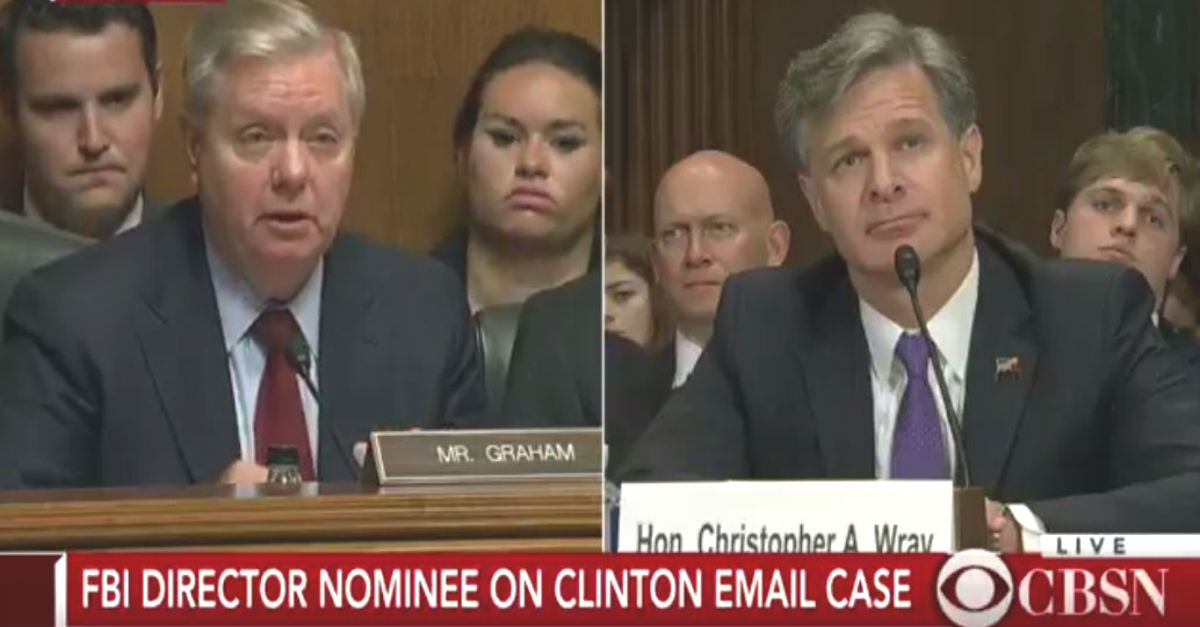