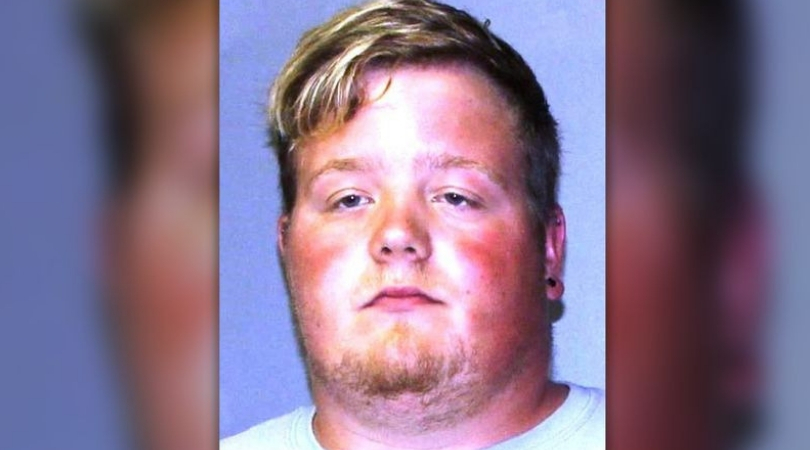 I really don’t understand our justice system. We live in a world where people get punished for sending their child to the wrong school district because they want to enhance their education, but we don’t punish people who sexually assault and rape people. Like 26-year-old Shane Piche, who openly admitted to raping a 14-year-old girl and received no jail time.

Piche, who was a former New York school bus driver, was sentenced to 10 years of probation and will have to register as a Level 1 sex offender. Which means that due to being level 1, he is considered to be low risk and isn’t included in online sex offender databases. Which cancels out the whole point of existing, but like I said, I don’t understand our system.

Shane Piche r*ped a 14 year old girl and judge James P. McClusky gave him no jail time because there was only one victim and no prior arrests. Spread his face and know his name. This is bullshit. pic.twitter.com/F4iNyH6dWy

There were three orders of protection issued for him, and he was ordered not to be alone with anyone under the age of 17. In February, he pleaded guilty to third-degree rape. Piche’s defense attorney, Eric Swartz, tried to defend this monster, saying, ?He?ll be a felon for the rest of his life. He?s on the sex offender registry for a long time. Maybe not the rest of his life because of the level but this isn?t something that didn?t cause him pain and this isn?t something that didn?t have consequences.”

As expected, the victim’s mother issued a statement saying she wished Piche would have received time in jail for all the harm he caused to her daughter. The mother fought back, saying the 26-year-old man took “something” from the teenager that she will never get back and has suffered from anxiety and depression because of it. This makes this whole situation even more devastating because this man is probably not even feeling any ounce of sorry for what he did.

According to the hearing, Judge James P. Mcclusky gave this Piche a light sentence because he saw he had no prior arrests, and there was only one victim. Which makes me believe that this judge is clearly on drugs or doesn’t understand the concept of rape. Rape is rape, and one victim is already too many. Especially since this child was exactly that, a child. Authorities stated he met the 14-year-old through his job as a bus driver and raped her at his place of residence in Ridge Road.

Shane Piche, white, admitted to raping a 14 yr old girl. He will do NO jail time.

16 yr old Kaleif Browder, African American, spent 3 yrs on Rikers Island awaiting trial on an accusation that he stole a backpack. Much of the time was spent in solitary confinement. https://t.co/x6cDI01HJr

Piche was also charged with endangering the welfare of a child by providing her with alcohol and had to pay $375 in surcharges and fees, and no longer works at the bus company. The criminal also had to pay a $1,000 special sex offender registration fee, which lawyers were quick enough to point out. Clearly, these attorneys think that him paying $1,375 will excuse him of his crime and give this child’s life back.

This isn’t how it works, and this should not have been his sentence. This man deserves to serve time, life even. He rapped an innocent girl, leaving her with emotional baggage that no 14-year-old girl should feel.