She tried to snap a sexy selfie for her boyfriend, but then a parked car really ruined the moment 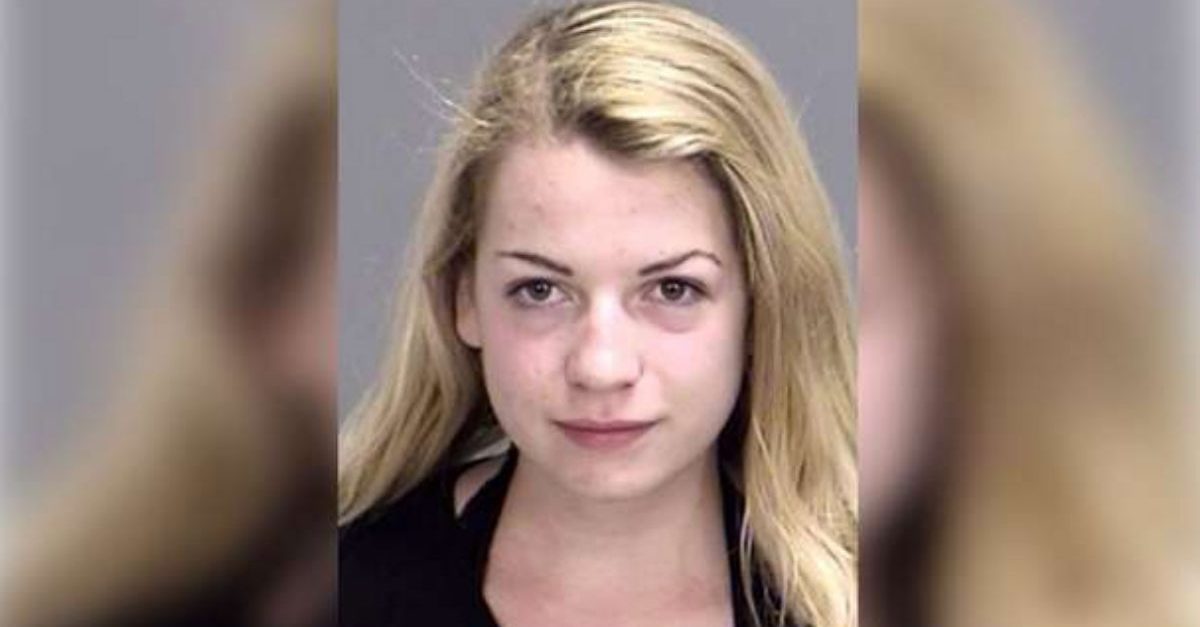 Call it a crime of passion.

Miranda Kay Rader, a 20-year-old Texas A&M student, was arrested in Bryan on Wednesday after she ran her car into a parked police vehicle all while topless and attempting to send a Snapchat to her boyfriend, the Bryan-College Station Eagle reports.

It was about 8:30 p.m. when Rader crashed her SUV into a Bryan police officer’s parked patrol vehicle. The officer, who had been at the scene to investigate a disturbance found Rader with her bra unfastened and trying to put on her shirt, according to a police report cited by the Eagle.

RELATED: This inmate may be smiling but his unique selfie has police frowning for a pretty good reason

Police found a opened bottle of wine and Rader failed portions of a field sobriety test, the Eagle reported. She was charged with driving while intoxicated and as a minor in possession of alcohol. She was released from the Brazos County Jail on Thursday morning, according to the report.