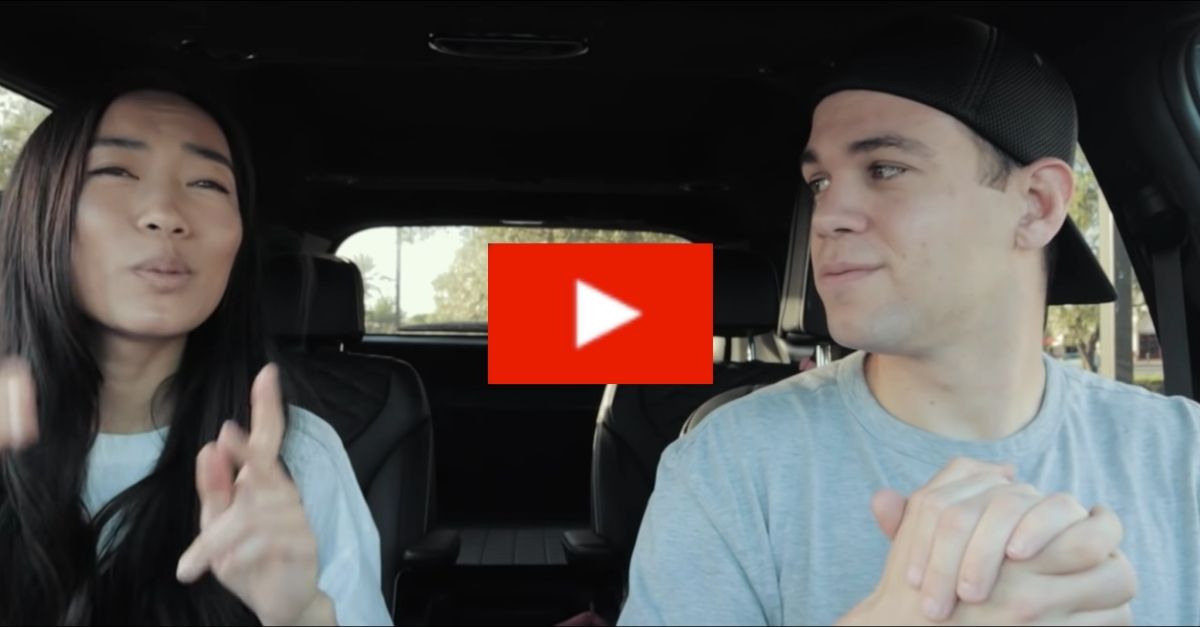 I’ve worked in the service and food industry before, so I feel that I’m justified in my opinion over this. I simply don’t understand why this Mcdonald’s made this situation so much more complicated than it actually ever needed to be. Nevertheless, this is an important lesson for everyone to learn, and I applaud this couple for sharing their experience to spread awareness.

SIgn Duo is a Youtuber couple named Ryan and Ellen. They’re high school sweethearts who have been together since 2011 and also have a wonderful story. Ryan is deaf, so when they were only 13-years-old, he taught Ellen, a hearing person, sign language so they could communicate. Now entering their late 20s, they’ve grown through life together and now live happily together with their dog Java. Under the name Sign Duo, they’ve become quite popular on social media and the Internet for their efforts in making the rest of the world more aware of what life’s like for deaf people. And unfortunately, it’s way harder than many would’ve thought.

The couple released a Youtube video called, “Deaf Man vs. Drive-Thru: They Threw Away My Food,” over their experience at a Mcdonald’s drive-thru, and it’s horrifying, to say the least. It almost seems like the Mcdonald’s employees who are working the drive-thru are quite literally freaking out that Ryan is deaf. Even to the point where one employee is heard saying that he thinks Ryan is “faking it.” In frustration, instead of just reading his phone, where Ryan had typed out his order (which, in my opinion, is more bulletproof in making sure you get the order right since you’re literally copying it down), they ask him to pull up to the front of the restaurant.

Another employee re-takes their order. When the employee comes back out to give them their order (this one was nicer and more understanding), he explained that the previous order had been thrown away and that he had to re-put Ryan and Ellen’s order in. He apologized and gave them their food. But it didn’t end there. They still got the wrong order, much to their dismay.

Ryan explains that this is what he goes through every day, while Ellen expresses her frustration and empathy over something as simple as fast food. The couple makes these types of videos in hopes to encourage more people to learn ASL, otherwise known as American Sign Language. The couple represents the deaf community in explaining why it’s so beneficial to learn even just a few basics of ASL so that deaf customers won’t go through what Ryan highlighted in their video.

It’s simple guys. Even if you don’t know anything about ASL, it’s not difficult at all to just read what was on the phone screen and put the order in exactly that way. Also, it’s always more harmful to assume. I hope our society becomes more educated about things like this. And Ryan, I hope Mcdonald’s gives you free big-macs for life.