Man With 6 Guns and Body Armor Arrested Inside Publix 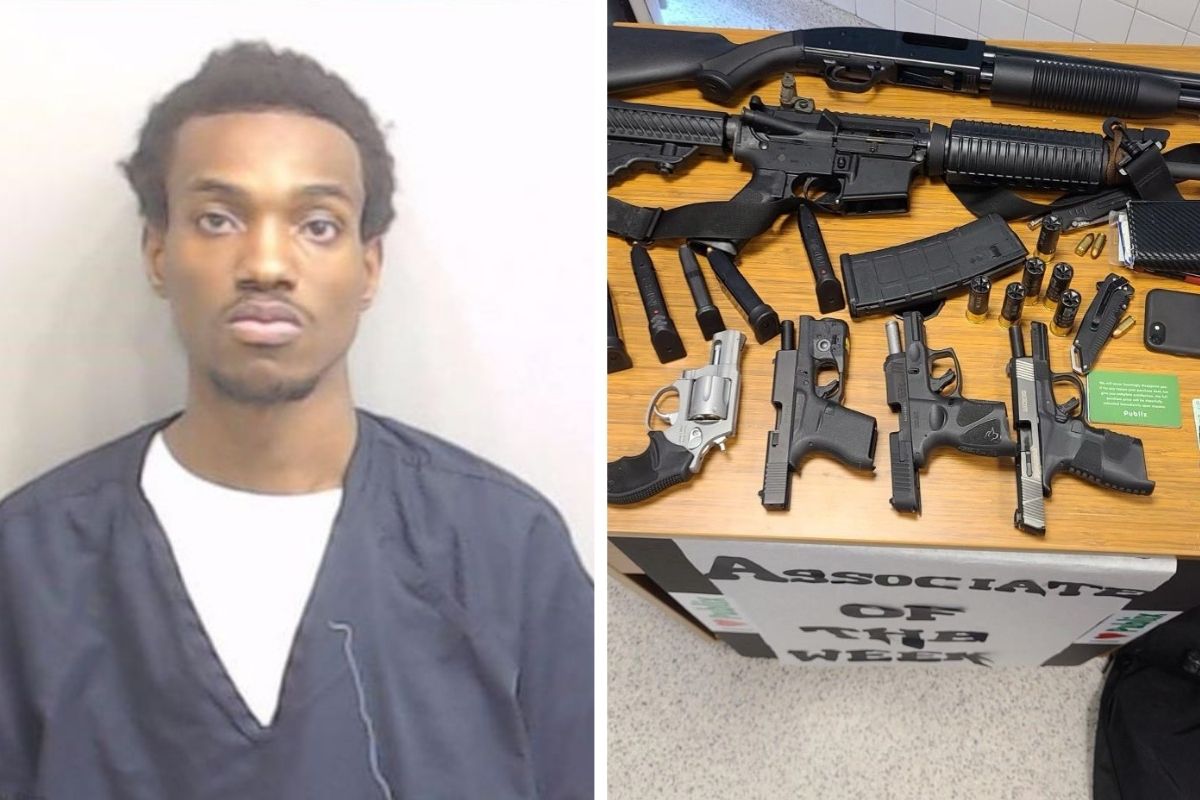 Two days after a mass shooting left 10 people dead at a Colorado Supermarket, Atlanta police arrested a 22-year-old man who walked into Publix Grocery Store located in Atlantic Station with 6 handguns and body armor. Police were called to the grocery store located on Atlantic Drive after 1:30 p.m. and met with the manager who told them that a man had come in with the rifle and headed straight towards the bathroom. According to Atlanta police spokesman officer Anthony Grant, “a witness observed the mail and alerted store management who then notified police.”

Officers at the scene spotted the man leaving the bathroom and took him into custody. According to Atlanta Police Department, his weapons included long guns and 4 pistols, all of which were concealed. Police identified the man as Rico Marley and booked him into the Fulton County Jail on multiple charges of criminal attempt to commit a felony and weapons possession. Marley was scheduled for his first appearance before a judge this morning.

Paramedics and officers interviewed Marley and conducted a mental health evaluation. Authorities say that they are still working to determine why he had that amount of guns inside the store. In addition to his arrest, police are also investigating a suspicious package that was discovered in the parking deck. It still isn’t clear if the incidents were related but Atlantic stations management shut down several interior streets as well as a parking deck. Charles Russell, who delivers groceries for Instacart, stated that he saw the man enter the Publix restroom with an assault rifle inside a stall.

He told Channel 2 Action News, “ I saw an AR-15, that kind of startled me with the event that recently happened in the grocery store up in Colorado.” The gunman was wearing a white T-shirt and black pants but apparently wasn’t wearing the body armor at that time. Concerned for his safety and of others, Russell stated he told the manager what he saw and urged employees to call 911.

This is a picture I obtained of the 6 guns, and ammo, found on the 22 year old suspect at the Atlantic Station Publix today. Police have said he was found with 5 but there appears to be one more handgun. Intentions of the suspect are still unknown. https://t.co/gMZBvbwWT8 pic.twitter.com/kQG9VgSfOx

In a statement, an Atlantic Station Publix spokeswoman stated that the safety of employees and customers is a company’s priority. Nicole Cross wrote, “We are cooperating with local law enforcement on an incident that occurred earlier today in our Atlantic Station store. We are thankful that there were no injuries, and all were able to exit the store safely. The store is currently closed.”

Atlanta-area police set up a perimeter around the open-air mall where several police officers investigated the armed man and the suspicious package. Atlantic Drive, which is one of the main surface streets running in front of Publix, was blocked to traffic by the gate and security guards.