RELATED: This woman was rudely awakened from a mid-flight snooze by her exploding headphones

People wrote on Facebook that they heard the explosion miles away.

#BREAKING: House explodes in #Rockville. When I woke up I saw people on Facebook saying they heard it miles away. (video: @mcfrsPIO) pic.twitter.com/xW0CbO88TQ

The scene was described as “catastrophic” and the home “completely leveled.”

Videos circulating on social media show the immediate aftermath of the explosion. As you will see, the streets are covered with debris.

Firefighters responded the scene and did not find the person who lived at the home. The owner is “still not accounted for,” said chief spokesman for Montgomery County Fire and Rescue Service Pete Piringer.

The cause of the explosion is not yet known, but according to The Washington Post, an initial investigation indicated that it wasn’t gas or utility-related.

RELATED: Man gets rid of his Christmas tree by blowing it up with dynamite, because he can

Neighbors living across the street from the house spoke about the rude awakening.

Cheryl Rice said it was “an immediate, big, big explosion” that was “worse” than an earthquake. Rice said she used to live in California so she would know.

She said her family ran outside and were stunned by what they saw.

Another neighbor told The Post that the homeowner lived alone, worked as a plumber and was a friendly handy man who would often help neighbors.

“When a tree limb came down, he helped. In a storm, he was always there,” Alan Breon said, choking up.

Emergency responders said the debris spread was a 600-yard radius.

Authorities say the investigation is ongoing and that they aren’t ruling anything out.

(VIDEO) The latest info from @mcfrsPIO about the house explosion & fire in Rockville. More expected at 4 p.m. https://t.co/dMdhXwYjaC 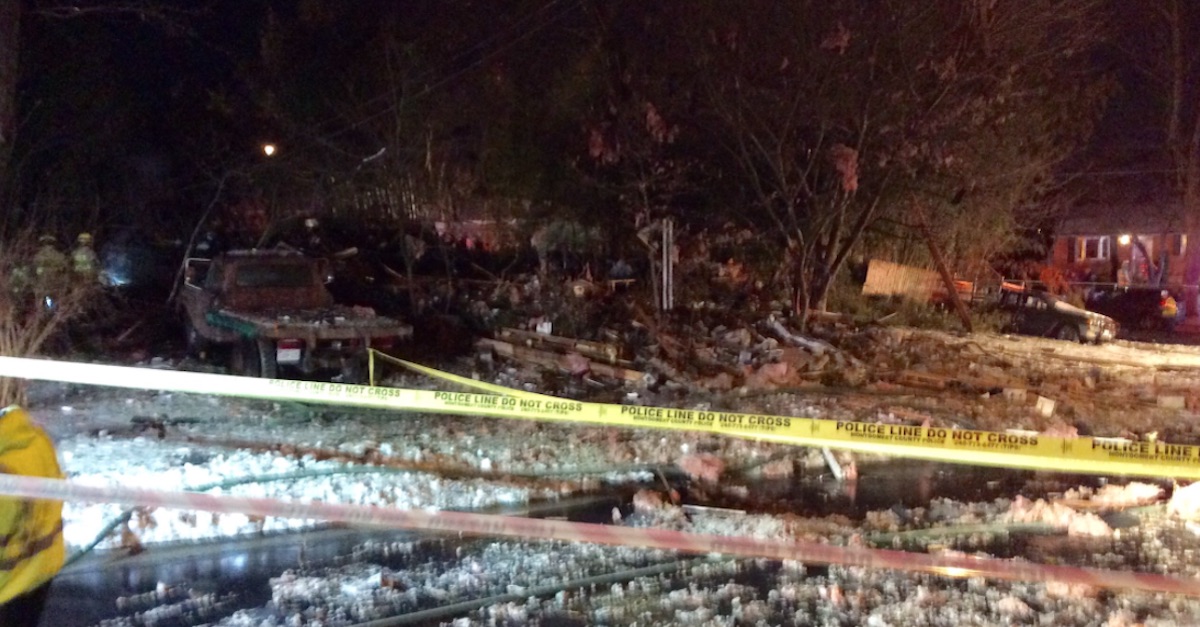