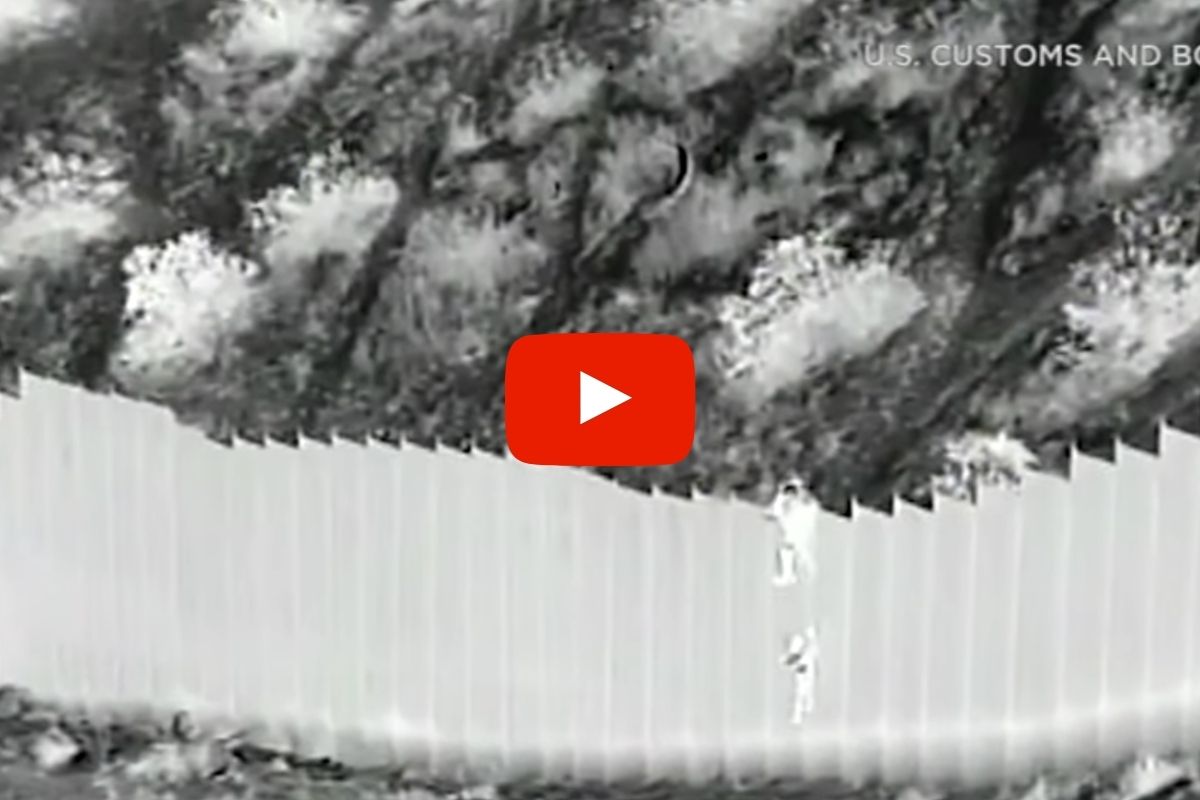 Smugglers were caught on camera dropping two young children from the top of a 14-foot high border fence that separates Mexico and the United States. The US Customs and Border Protection released a video of two people bringing the kids to the border barrier on the Mexico side. A person is seen scaling the fence and dropping the child onto the US side. After both children land on the ground, the person atop the fence climbs back down to the Mexico side before two people are seen running away.

The video shows that the Smugglers were under cover of night, but a border agent captured the incident on a cell phone camera using night vision technology. Other border agents were then alerted of the incident and were directed to the remote location near Santa Teresa, New Mexico. There they rescued the two migrant children, a 3-year-old girl, and a 5-year-old girl. The unaccompanied children are from Ecuador and were both alert when agents found them.

Border Patrol agents rendered aid to the children before they took them to the Santa Teresa Border Patrol Station for medical evaluation. The young girls were then transported to a local hospital “for precautionary reasons and further evaluation.” Luckily, both Ecuadoran children were medically cleared and are currently in CBP custody pending placement by the US Department of Health and Human Services. El Paso Sector Chief Patrol Agent Gloria I. Chavez releases statement of incident noting,

“I’m appalled by the way these smugglers viciously dropped innocent children from a 14-foot border barrier last night. If not for the vigilance of our agents using mobile technology, these two tender-aged siblings would have been exposed to the harsh elements of the desert environment for hours.” She added, “We are currently working with our law enforcement partners in Mexico and attempting to identify these ruthless human smugglers so as to hold them accountable to the fullest extent of the law.”

According to statistics that were released last month by CBP, the US has had a surge in migrants arriving at the southern border in recent months. The number of children and families attempting to cross the border has increased more than 100% between January and February. The number of children trying to cross the border alone jumped by 61% to over 9400, which is the highest monthly total since the spring of 2019. From March 14th to March 21st, the number of unaccompanied migrant children who have been in CBP custody for more than 240 hours increased heavily from 185 to 823, according to data obtained by ABC News.

After three days, CBP is legally obligated to transfer the children to the US Department of Health and Human Services Office of Refugee Resettlement. There they oversee shelters specifically licensed to house young migrants. Since taking office, President Joe Biden and the Biden administration have reversed several of the controversial immigration policies that Donald Trump put in place, including the practice of immediately expelling unaccompanied teenagers and children.