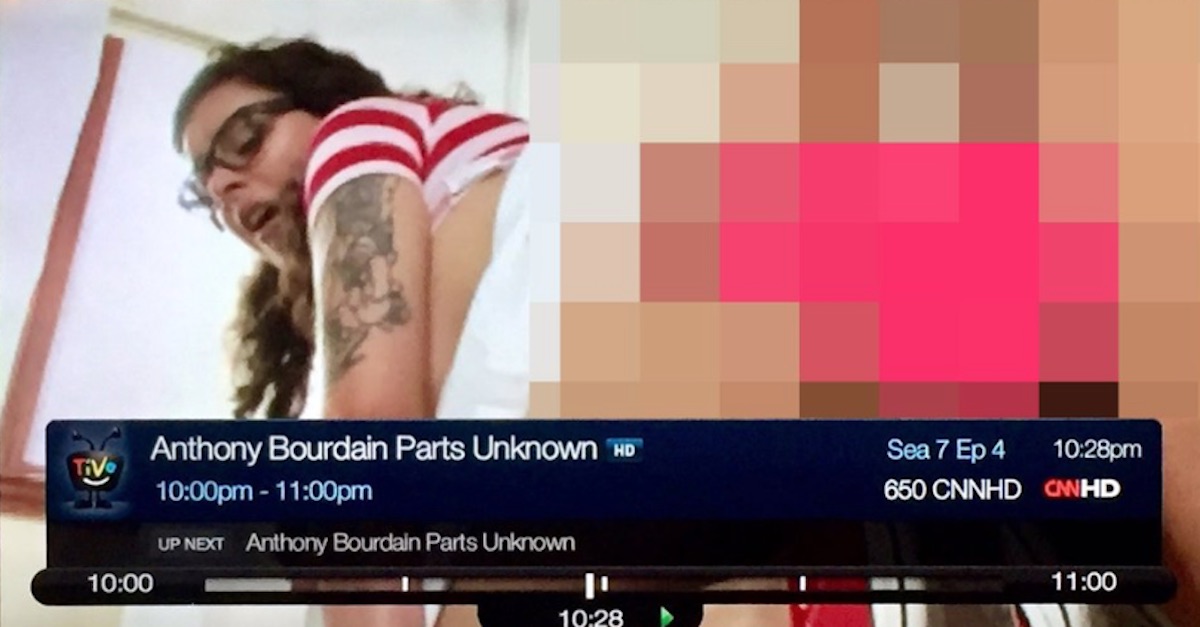 Talk about a screw-up.

A woman from the Boston area claims that a half-hour of pornography was broadcasted on CNN where Anthony Bourdain’s “Parts Unknown” was supposed to be — the jokes write themselves.

According to The Next Web, the mistake “only affected people in Boston, as CNN’s broadcasting there is provided by RCN, a local television provider.”

Twitter user @solikearose was the first — and really only — person to screenshot and make noise about the mistake, leading us to be skeptical about this.

But then again, who watches CNN at 11 p.m. on Thanksgiving? Maybe it’s just @solikearose.

RELATED: Watch CNN’s Brooke Baldwin shut it down when man uses the N-word on live TV

LOL @CNN who did you fire today? #bourdainporn

RIP intern who had to work on #thanksgiving, @RCNconnects @CNN, @Bourdain #bourdainporn

(Clearly I decided to post screen shots because lolol)

ok but seriously, I'd really love to watch the @PartsUnknownCNN marathon 😢

What gives us further pause here is that RCN tweeted to @solikearose that no else had reported the issue.

@solikearose 800-746-4726. We have not had any reports of the programming issue you mentioned on CNN in Boston. If you're still having an

@solikearose issue with that channel, please DM us your address so we can troubleshoot when you're home. Thanks, Melissa

But again, maybe no one else was watching CNN in the Boston area last night.¯\_(ツ)_/¯

vague update from @RCNconnects on the #bourdainporn incident: everything "working perfectly," can't tell how many households affected

A quick look at the RCN/CNN programming in the Boston area last night at 10:00 p.m. on Thursday confirms that “Parts Unknown” was supposed to air, including the episode pictured in the description of one of @solikearose’s NSFW screenshots.