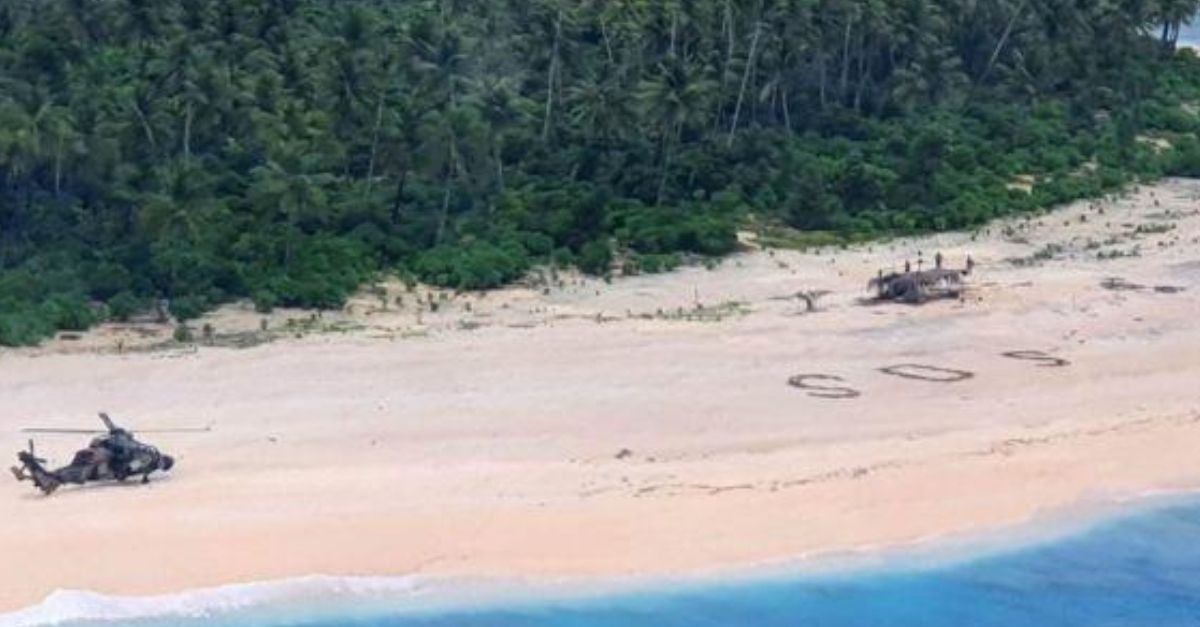 Three Micronesian sailors who were stranded on a tiny remote island in the western Pacific were successfully saved after rescuers spotted their handmade giant SOS message on the beach. According to the Australian Defence Force, the men were found on the uninhabited Pikelot Island in Micronesia by Australian and US aircraft. The men had been missing for a total of three days after their 7m skiff ran out of fuel and strayed off course.

Luckily, all men were found in good condition and had no major issues. Authorities in Guam, which is a nearby US territory, first began the search on Saturday, after the man had failed to complete a 42km (26 miles) trip from Pulawat to Pulap atolls. Instead, their vessel ended up at Pikelot Island, nearly 200km west of where they had initially set off.

Three men have been rescued from a remote, uninhabited island in the Micronesia archipelago after writing "SOS" in the sand, authorities said. https://t.co/WnNKBi8Zqx

After their SOS message was spotted from the air, an Australian military helicopter landed on the tiny pacific island and then gave the men water and food. The helicopter came from the HMAS Canberra, which was on its way to Hawaii for naval exercises when I was called to help with the search.

Capt. Terry Morrison, Canberra’s commanding officer, “The ship?s company responded to the call and had the ship quickly prepared to support the search and rescue. In particular, our embarked MRH90 helicopter from No. 808 Squadron and the four-armed reconnaissance helicopters from the 1st Aviation Regiment were instrumental in the morning search that helped locate the men and deliver supplies and confirm their welfare.”

After their rescue, the sailors were taken home by a Micronesian patrol vessel. Micronesia, which is located in the western Pacific, consists of 600 tiny islands scattered over a vast ocean expanse. Morrison expressed how proud he was of the professionalism and response of “all on board as we fulfill our obligation to contribute to the safety of life at sea wherever we are.”

Watch: Get Paid to Cuddle Cats on a Private Greek Island, Seriously