We already knew that the champion Pittsburgh Penguins will be visiting the White House and that the Golden State Warriors and North Carolina Tar Heels have declined their invites, but now, the head coach of the South Carolina Gamecocks women’s basketball team is wondering why her team never got an invite at all.

RELATED: NFL coach goes all in against President Trump: “there’s no longer a place to sit silently”

Six-time WNBA all-star, hall of famer and current coach of the champion South Carolina Gamecocks, Dawn Staley, says that not receiving an invitation even though her team “won before those other teams won their championship” speaks volumes in itself.

“We haven’t gotten an invitation yet, and that in itself speaks volumes,” she said. “We won before those other teams won their championships. I don’t know what else has to happen.”

Previously, Staley said that if her team was invited to the White House, they would go because “it’s what national champions do,” but on Friday, Staley went in a different direction.

She said her comment was made before “some things transpired over the last few months,” that she hasn’t talked to anyone about the situation and that she has “bigger fish to fry than worry about an invitation.”

It’s not clear what the “some things” are that Staley was referring to because she did not specify.

RELATED: Trump truck-sticked the NFL again with an early morning reality check for the fans

Staley, who is in California this weekend running her first USA Basketball camp as the national team’s head coach, has been to the White House before. She represented the U.S. Olympic team when George W. Bush was president in 2004. 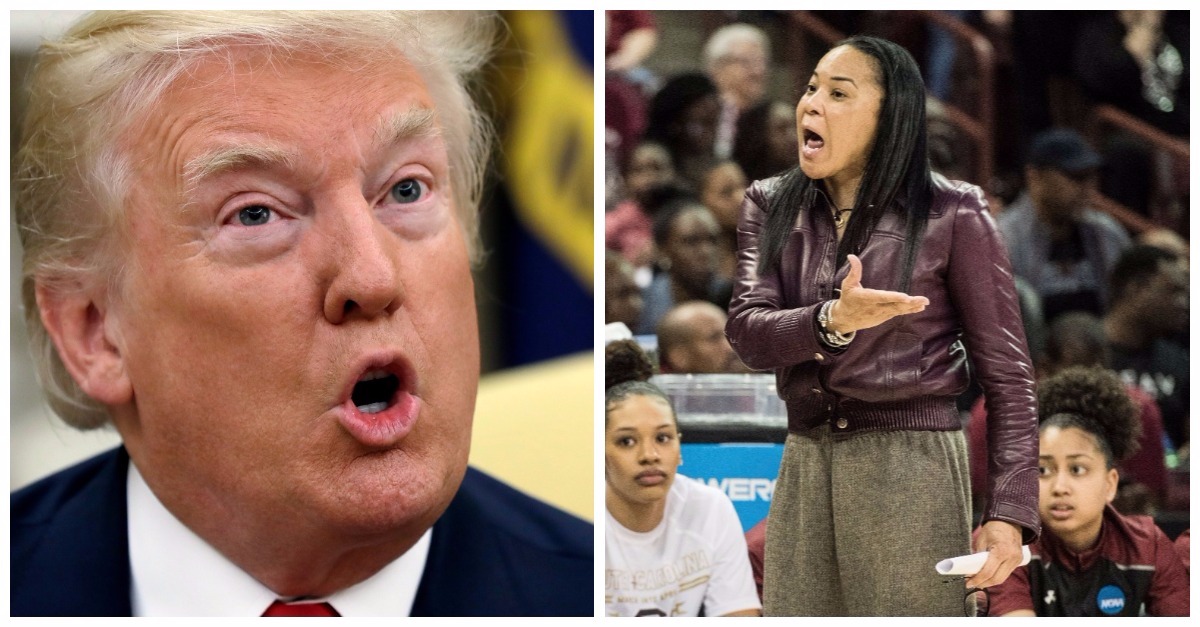