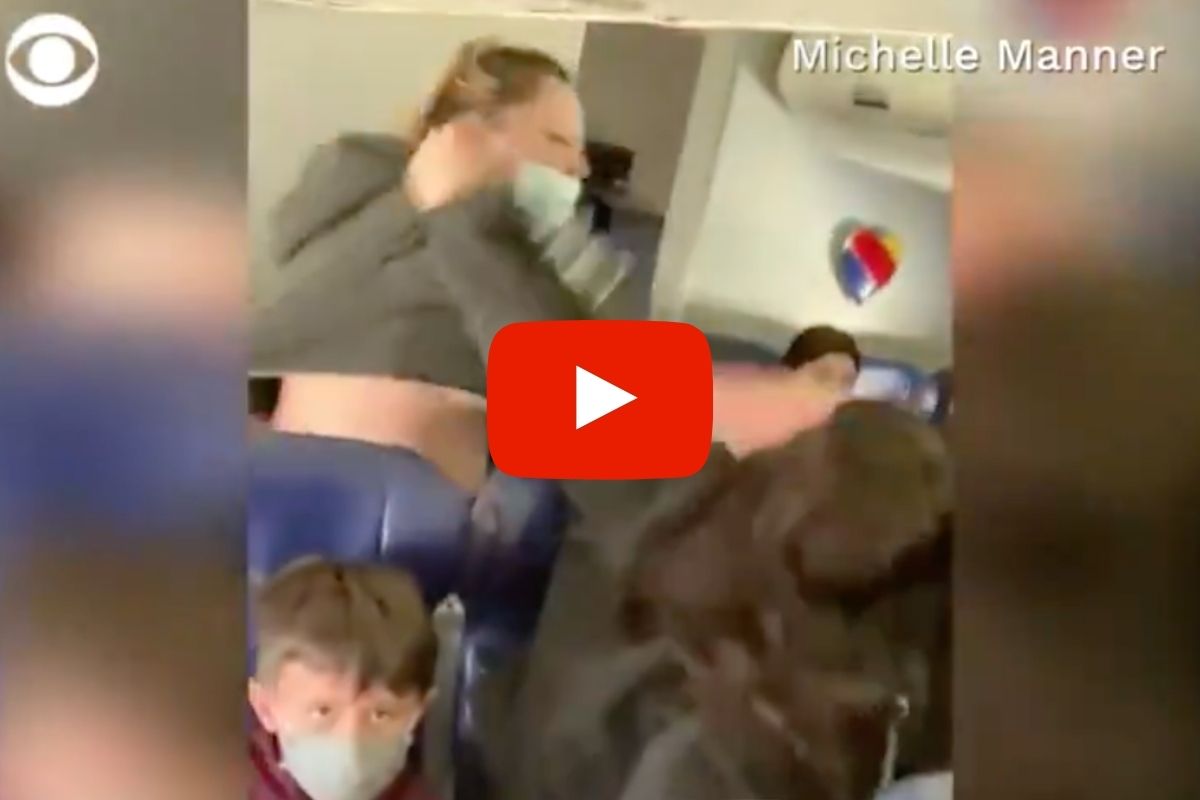 On a Southwest Airlines flight from Sacramento to San Diego, California, a flight attendant lost her two front teeth and sustained injuries to her face when a passenger attacked her on Sunday.

The story made national headlines two days ago when video footage capturing the in-flight altercation was published by local news outlet KGTV. The video was filmed by San Diego resident, Michelle Manner. The vide video shows a female passenger — who has since been identified as  Vyvianna Quinonez — punching a female flight attendant over and over.

?I was shocked at what was going on,? Manner told KGTV. ? I could tell that her teeth were loose when she was back in the cubby, and her face was bleeding pretty bad.?

Video obtained by CBS News shows the moment a Southwest Airlines flight attendant was punched by a passenger after asking her to keep her seat belt fastened during a flight from Sacramento to San Diego Sunday. https://t.co/gQusevodYC pic.twitter.com/oOYvPdwCFj

In an initial statement from Southwest Airlines, a spokesperson could not confirm whether the incident was related to mask-wearing.

?Our reports indicate that a passenger physically assaulted a Flight Attendant upon landing on Flight #700 from Sacramento to San Diego Sunday morning,” Southwest spokesperson Chris Mainz told ABC 10 News San Diego. “The passenger repeatedly ignored standard inflight instructions (tray table in upright position, seat belt, etc.) and became verbally and physically abusive upon landing. Law Enforcement Officials (LEOs) were requested to meet the flight upon arrival, and the passenger was taken into custody. We do not condone or tolerate verbal or physical abuse of our Flight Crews, who are responsible for the safety of our passengers.?

Since the video’s release, Manner and other witnesses on the flight have been weighing in on the incident, helping piece together how the attack unfolded. As Manner told Sacramento news outlet KCRA 3, it all started when a flight attendant told passengers to put their mask on their entire face, and not just near her nose.

“They ended up in a screaming match,” Manner remembered. “It ended with the flight attendant saying that she was going to go call the captain.” Susan Stidham, who was also on the flight, had a slightly different take: ?Apparently what she did was stood up and took off her seat belt and the flight attendant told her to put it back on and she attacked her,” Stidham told CBS Los Angeles.

Another passenger, Taro Arai, took the story from there. ??they start shoving each other and the next I saw was ?Don?t touch me!? They start yelling, the lady stood up and pound! She just knocked her out on the floor.? Arai told reporters.

According to Arai, a man sitting near the passenger intervened. “He said, ‘You can’t do that! Don’t do that! You can’t do that,'” he remembered. “The flight attendant in the back bleeding everywhere, looking at us from the hallway. It was like a horror movie to me.”

A passenger filmed as a 28-year-old passenger was removed from Southwest Flight 700 after allegedly punching a flight attendant, knocking two of her teeth out. @ABC10 VIDEO: Susan Stidham. pic.twitter.com/SMf0Pcw0rU

The injured flight attendant was reportedly escorted off the plane for a medical evaluation before paramedics took her to Scripps Memorial Hospital. Quinonez was arrested by Port of San Diego Harbor Police officers and is now facing a felony count of assault inflicting serious bodily injury. She is scheduled to return to San Diego for a hearing on September 30.

Lyn Montgomery, president of transport workers union TWU Local 556, told CBSLA that these kinds of incidents are a growing concern for flight attendants. ?Since April 8 to May 15 alone, 477 incidents were reported on Southwest Airlines,” said Montgomery. “Nationwide, since the beginning of the year, it?s been 2,500.”

She added, ?I think we could probably say it has to do with the COVID-19 quarantine orders, the requirements to wear masks and also, perhaps, the civil unrest in the nation.

In a letter to Southwest CEO Gary Kelly. , Montgomery said the flight attendants union was seeking several safeguards from the airline to protect employees from similar misconduct incidents — including increasing the number of federal air marshals on flights and request that they “get involved and take action” when crew members are in danger.

According to Montgomery, the union also wants to airline to be consistent in its policies and maintaining its restricted travelers list.  “No passenger should be removed from one flight only to be permitted to board the very next Southwest Airlines flight after a noncompliance incident. We ask that you take a strong stance to ensure that unruly passengers are not welcome to travel with us. Period. Full stop.”

According to the Federal Aviation Administration (FAA), there have been 2,500 incidents of unruly behavior from airline passengers this year, including 1,900 cases in which passengers refused to wear comply wide the federal government’s face mask mandate.