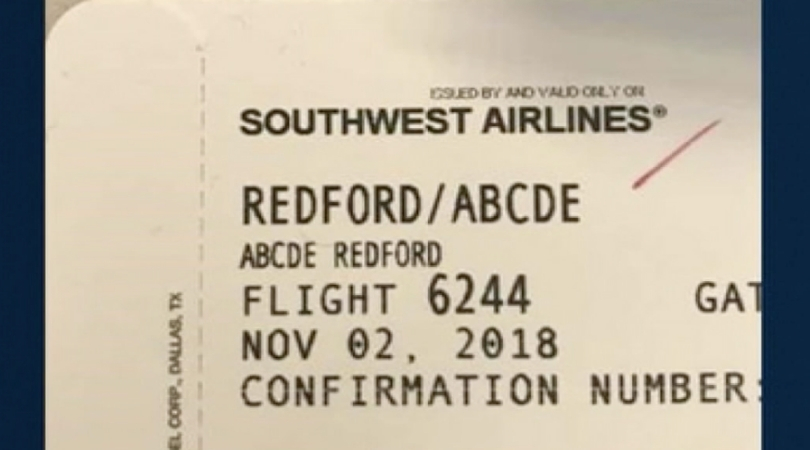 A mother from El Paso is outraged after a Southwest Airline worker mocked her 5-year-old daughter’s name by snapping a picture of the girls boarding pass and posting it on social media. According to the mother, Traci Redford, the family was pre-boarding their flight back to El Paso at John Wayne Airport in Orange County, California. The family was able to board early due to her daughter being epileptic.

As soon as the mother handed in the boarding pass, the agent began chuckling, mocking the toddlers’ name, “Abcde”, pronounced “Ab-city”. The employee proceeded to point out the name to other employees and laughing along. Quickly, the mother turned around and told the employees that she could hear them, asking them to stop.

Redford stated she recently learned the agent took the picture of the boarding pass and posted it online after a friend spotted it circuiting on social media. The picture was immediately reported to Southwest Airlines and has since been removed. Two weeks since the incident, Redford filled an official complaint to the airline, but Southwest has yet to apologize to her daughter for the incident, or said whether the unidentified worker was disciplined or not.

“The post is not indicative of the care, respect, and civility we expect from all of our Employees. We have followed up with the Employee involved, and while we do not disclose personnel actions publicly, we are using this as an opportunity to reinforce our policies and emphasize our expectations for all Employees.”

Name shaming? This Texas woman claims a @SouthwestAir agent made fun of her 5-year-old daughter's name as they were preparing to board their flight at @JohnWayneAir in Orange County.

Being the better person, Redford stated despite the incident, she is using the experience as a lesson for her daughter, teaching her how to be strong when it comes to unfortunate situations like these.

Now, I won’t say what we are ALL thinking, because I don’t want to disrespect the little girl, but I will say that the employee could have been a bit more discrete. Bullying is not acceptable, no matter the situation. Especially if the victim is a 5-year-old.

As different as the name Abcde might be, it’s actually not totally uncommon. According to Vocativ.com, as of 2014, there are 328 girls named Abcde, with 32 of them born in 2009.