Sparks flew at the beginning of the Jeff Sessions hearing 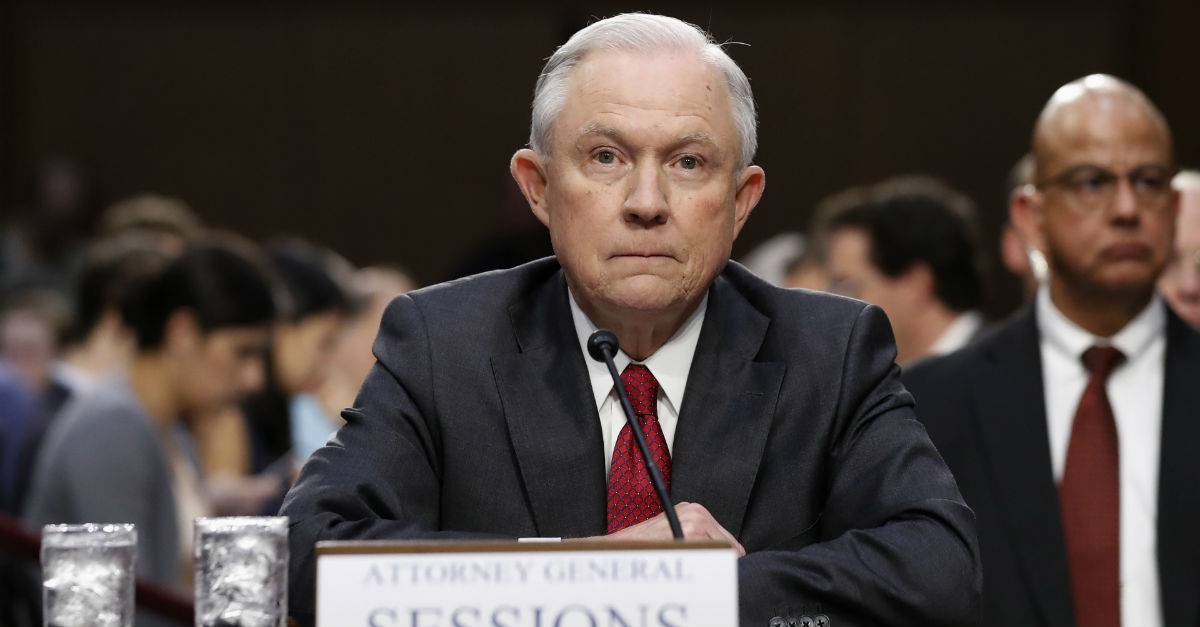 (AP Photo/Alex Brandon)
Attorney General Jeff Sessions prepares to testify on Capitol Hill in Washington, Tuesday, June 13, 2017, before the Senate Intelligence Committee hearing about his role in the firing of James Comey, his Russian contacts during the campaign and his decision to recuse from an investigation into possible ties between Moscow and associates of President Donald Trump. (AP Photo/Alex Brandon)

On Tuesday afternoon, less than a week after the James Comey hearing, Washington, D.C., once again turned its eyes to the Hart Senate Office Building on Capitol Hill. However, this time, the nation was watching as Attorney General Jeff Sessions spoke before the Senate Intelligence Committee. While Sessions’ hearing didn’t enjoy the same hype as Comey’s — last Thursday was coined “Comey Day” by Washingtonians — it was no less important for both sides of the aisle.

Like a number of Trump associates, Sessions’ time in the administration has been marred by controversy. After it was reported that the attorney general held an undisclosed meeting with Russian officials, he recused himself from the Russia probe. There were also reports last week that during the closed Senate hearing with James Comey, the former FBI director hinted that a third undisclosed meeting had occurred between Sessions and Russian officials.

Senate Intelligence Committee Chairman Richard Burr (R-N.C.) told the attorney general, “Today is your opportunity to separate fact from fiction.” He also stressed that while “partisan winds are swirling,” the committee was dedicated to remaining nonpartisan. Vice Chairman Mark Warner (D-Va.) explained, “We had always expected to talk to you as part of our investigation.” Both leaders of the committee expressed their interest in learning more about possible undisclosed meetings with Russian officials and about the firing of James Comey.

Burr hopes Sessions will clear up questions at intelligence hearing.

In response, Sessions began with his own opening statement, calling the suggestions that he colluded with the Russians “an appalling and detestable lie.” He also explained that he recused himself not because of any involvement with Russia but because of a rule in the law that keeps campaign officials from participating into investigations into their campaign. Later he claimed that these “false innuendos and leaks will not intimidate [him].” “You can be sure, they have only strengthened my resolve.”

Sessions: Suggestion that I participated in collusion with Russian government to hurt the US is an “appalling” lie https://t.co/H1LIQ7Vefg

AG Jeff Sessions says he will defend his honor against "scurrilous and false allegations" https://t.co/4sZzX60xpA https://t.co/k9nvaTu8Ap

Unlike James Comey, Sessions did not release a written statement before entering the hearing. While Comey’s opening statement was seen as some as a bombshell, Sessions’ testimony still held the promise of a revelation. The Senate Intelligence Committee features a number of star legislators. On the Republican side of the aisle, Senator Marco Rubio of Florida carries a big stick, while Tom Cotton of Arkansas is a promising young face in the GOP. Democrats looked to Dianne Feinstein of California to be a resounding voice in the chamber, while Kamala Harris, also of California, is being suggested as a possible 2020 presidential contender.