As President Donald Trump debuted “Made in America Week,” his spotlight on American-made products and American companies, his press secretary faced tough questions from reporters who pointed out that Trump’s own brands were mostly not eligible to stand among them.

The gift shop in Washington DC’s Trump International Hotel has goods from many of the same countries above, as well as Peru and Canada.

All of these countries are common countries of origins in the international apparel industry.

But in light of Trump’s campaign promises to “Buy American” and “Hire American,” as well as the debut of “Made in America Week,” the continued choice to manufacture and import name-brand goods from abroad drew new attention from press and Americans.

That manifested itself during today’s audio-only White House press briefing.

Asked whether the Trump Organization or Ivanka would commit to stop manufacturing their products abroad, Spicer began talking about “The President’s agenda” to enact regulatory relief and tax relief:

With respect to his own companies […] I can tell you that in some cases there are certain supply chains or scalability that may not be available in this country. I’m not going to comment on specific products, but I will tell you that the overall arching goal, of course, is to grow manufacturing, to grow investment here in the United States and to grow U.S. workers here.

He deflected further questions on the issue by saying it would be inappropriate for him to comment on Trump brands from his position.

As part of today’s “Made in America” week proceedings, manufacturers from each of the 50 states were invited to set up displays in and around the White House. 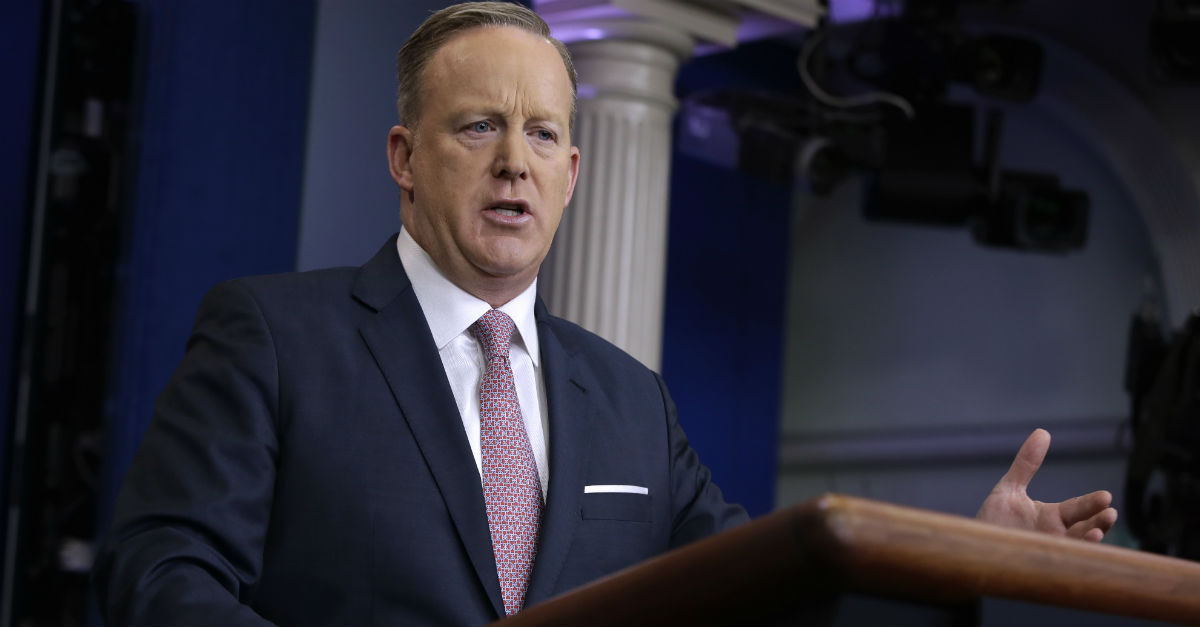