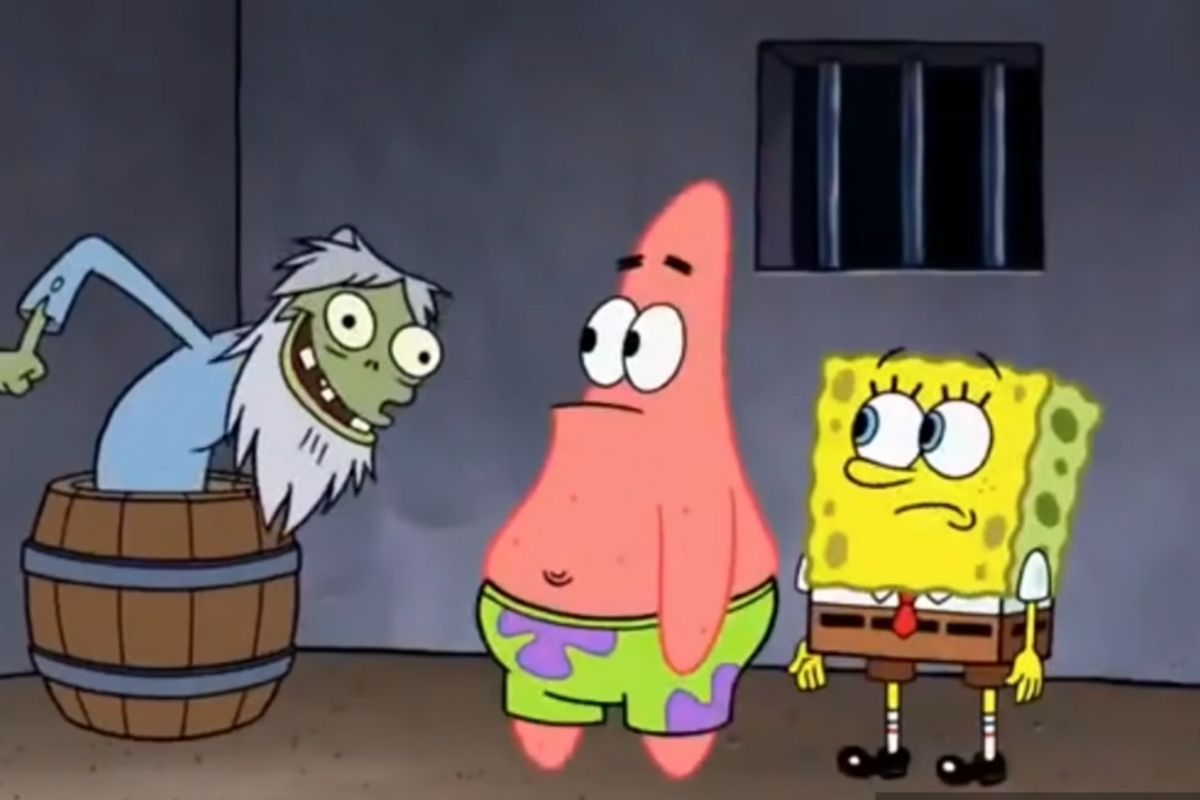 No one is safe, not even our favorite Nickelodeon character, SpongeBob SquarePants. Apparently, two episodes from the 12th season have been taken off streaming services Paramount + and Amazon Prime over inappropriate content. According to CNN Business, one episode called “The Kwarantined Crab,” which dealt with the coronavirus storyline, was removed due to “sensitivity surrounding the global, real-world pandemic.”

In the episode, a health inspector goes to the Krusty Krab and finds a case of the ‘Clam Flu.’ That’s when the health inspector quarantines the characters. Assumed to have the virus, they are tossed in the freezer. The removal of the episode comes at a time of increased anti-Asian violence in the US. The episode storyline reflects feelings of increased isolation and hatred that several Asian communities have experienced since the COVID-19 pandemic began. The World Health Organization urges people to avoid terms like Chinese virus since they can create a backlash against people of Asian descent.

The other episode of Spongebob Squarepants that was removed titled “Mid-Life Crustacean,” which features Patrick star, Mr. Krabs, and SpongeBob, shows them breaking into a woman’s house and stealing her underwear. In the episode, the trio did not realize that they had broken into Mr. Krabs’ mother’s home.

According to Nickelodeon spokesperson, the Spongebob Squarepants episode was removed from Paramount + last week before it was removed from Amazon Prime. They stated, “‘Mid-Life Crustacean’ has been out of rotation since 2018 following a standards review in which we determined some story elements were not kid-appropriate.” “The Great Snail Race,” which is a previous episode that was paired with “Mid-Life Crustacean” remains available on Paramount +.

SpongeBob SquarePants is an American animated comedy TV series that was created by Marine Science educator and animator Stephen Hillenburg for Nickelodeon. The series chronicles the adventures of SpongeBob and his friends in the fictional underwater city of Bikini Bottom. The show is the longest-running American animated series and is the highest-rated series to air on Nickelodeon.

The franchise has generated more than $13 billion in merchandising revenue for the network itself. The series officially premiered on July 17, 1999, receiving worldwide critical Acclaim and gaining enormous popularity. Throughout the years the show has won several awards including six Annie Awards, 8 Golden Reel Awards, 4 Emmy Awards, 18 Kids Choice Awards, and 2 Bafta Children’s Awards.