A U.S. Olympian managed to make history despite some classic teen antics 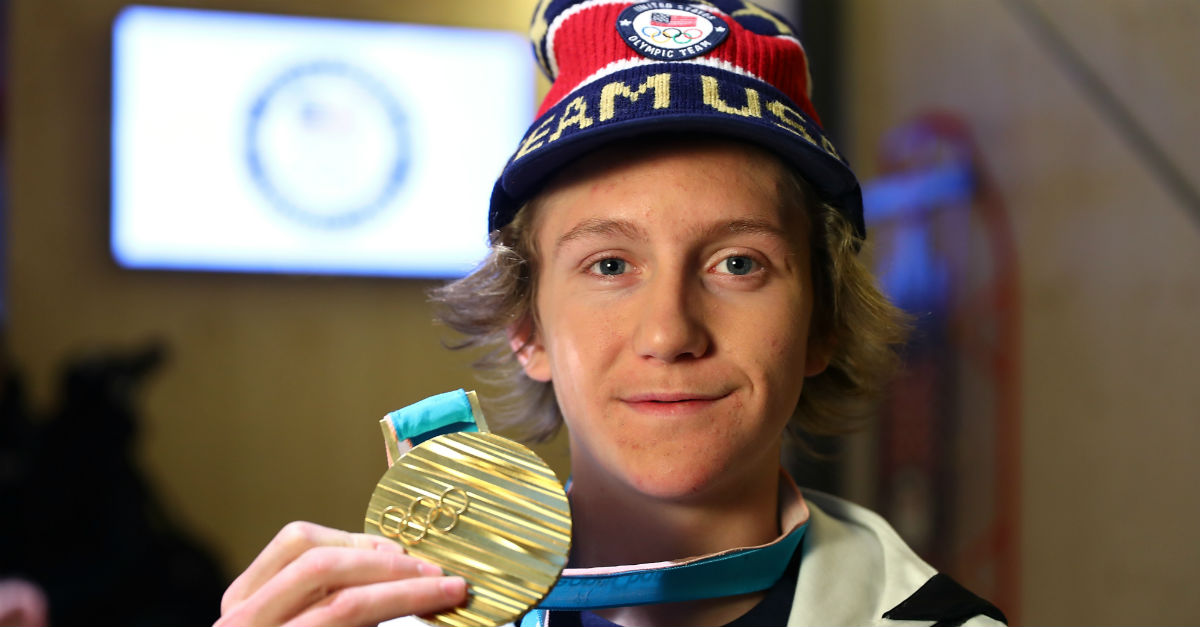 For many under the age of 25, Red Gerard just became one of the most relatable athletes in the 2018 Winter Olympics.

The 17-year-old made history earlier in the week when he became, according to SB Nation, both the youngest American snowboarder and the youngest snowboarder from any country to win an Olympic gold medal. His performance also earned the first gold medal for Team USA in this year’s competition.

But as Business Insider points out, Gerard’s win wasn’t without a few bumps along the way.

The medalist spent the night before his competition doing what far too many of us haven been guilty of: binge-watching Netflix. Gerard stayed up so late that he slept through his alarm, though, fortunately, he made it to the slope in time to compete.

In another tough break, Gerard couldn’t find his jacket. He was forced to borrow one belonging to Kyle Mack, his fellow Olympic snowboarder and Pyeongchang roommate.

And that’s not all he did that made a few people turn their heads. After the historic win, Gerard let a choice four-letter word slip on national television.

The chill bro continued with his antics when he described in a press conference the way his closest supporters decided to celebrate his victory.

Red Gerard said he got a Snapchat this morning around 8:30 a.m. from his group of 17 people that is in Pyeongchang, South Korea to support him for the Games: "They were all shotgunning beers on the way to the mountains." pic.twitter.com/JORk5m3pH5

Perhaps this is just another reminder that keeping true to yourself is the best way to succeed.