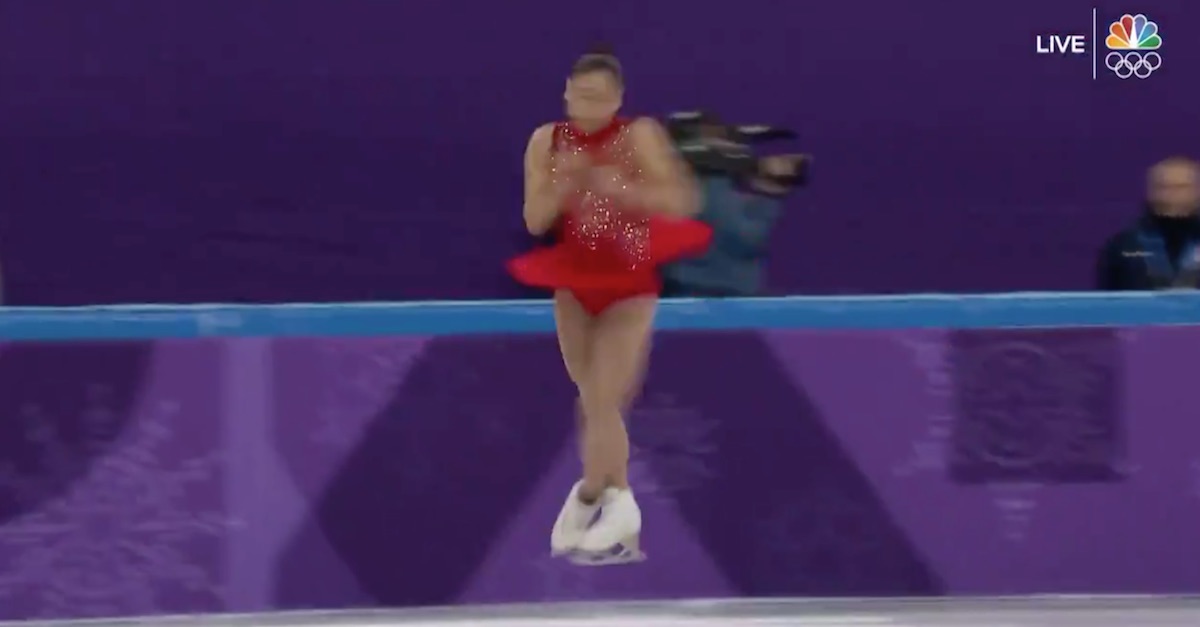 An Olympian has made history with her stunning figure skating routine.

Mirai Nagasu of the United States became the first American woman to nail a triple Axel jump — a maneuver named after Norwegian figure skater Axel Paulsen — during her routine. As Reuters reports, this makes her the third woman overall to do the move in Olympic competition.

People were stunned by the move.

SHE GOT IT! @mirai_nagasu is now the first American woman to land a triple axel at the #Olympics! #WinterOlympics pic.twitter.com/ZfD4C5iHlf

Take a bow, @mirai_nagasu. First US woman to land a triple Axel in the #WinterOlympics, third ever. Emotion POURING out after she's done #PyeongChang2018 pic.twitter.com/6cCnclVFlH

That was a sloppy cry kind of skate! I’m standing in my living room! @mirai_nagasu What a TRIUMPH ❤️ #PyeongChang2018 pic.twitter.com/mUqNFLHFyA

“I feel really great,” the 24-year-old told Reuters after the routine. “Going into it, I was like a train, get on those tracks and get some speed. To nail it the way I did — and even out of the corner of my eye, I could see my team mates standing in excitement.”

According to Reuters, the first two women to land the triple Axel at the Olympics were Midori Ito and Mao Asada, both skating for Japan.

“Maybe it’s the Japanese genetics, but lucky for me, I‘m American, so I’ll be the first U.S. lady,” joked the daughter of Japanese immigrants.

Her parents run a sushi restaurant in California. Her mom was very dedicated to her interest in skating, making all of her performance costumes by hand.

“She also, like Michelle’s mom, sewed sequins on one by one, and I would complain that they were not as shiny as the rocky crystals because we got ours at Target and Michael’s,” Nagasu recalled, referring to her idol and two-time Olympic medalist Michelle Kwan.

Nagasu didn’t make Team USA for the 2014 Sochi Winter Olympics, despite the fact that she scored higher at U.S. nationals than Ashley Wagner, who got a spot on the team.

Mirai Nagasu, to herself pre-triple Axel: "No girl, you are not gonna fall." #PyeongChang2018 pic.twitter.com/9l8h8RuBD1

RELATED: The 2018 Olympics just had its first wardrobe malfunction — and it was handled with class