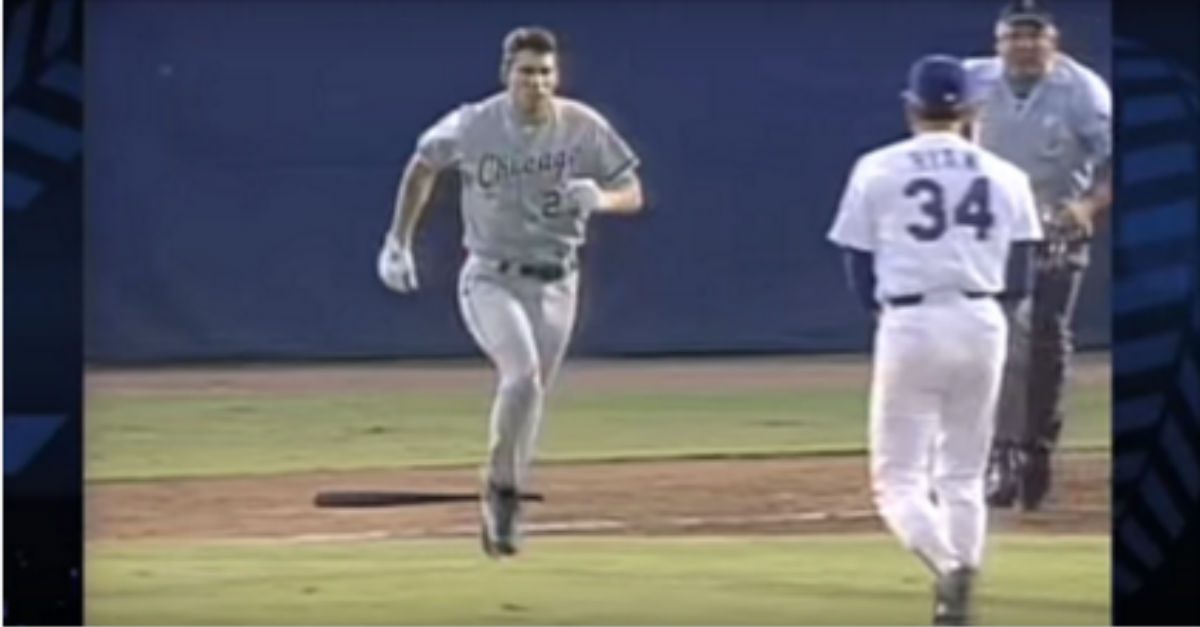 When it comes to one-on-one fights in baseball history, there was none better than this one. It happened at Arlington Stadium in Texas and is still remembered as an epic event. The White Sox and Rangers were bitter rivals and this didn’t improve the situation.

On Aug. 4, 1993, Robin Ventura, the Chicago White Sox third baseman laced an RBI single off Ryan in the first inning, then, in his next at-bat, Ryan drilled him in the arm with a pitch. Ventura charged the mound and went after the all-time pitching great Nolan Ryan. It resulted in one of the most infamous brawls in baseball history ? and in Ryan getting Ventura in a headlock and punching him several times in the face. It?s something you would see in an MMA contest, not on a baseball field.

Amazingly, Ryan was not ejected from the game.  The umpire ruled that Ryan had the right to defend himself after Ventura charged the mound. Ventura WAS ejected, as was the manager of his team. Ryan, near the end of his career,  made only six more appearances after the brawl game, none of which were against the White Sox.

There was bad blood between the two for an astonishing 19 years after it happened too ? the first time the two spoke to each other after the fight was in 2012, according to Yahoo Sports. The two shook hands and chatted on Opening Day of that year.

All these years later, I don?t think we?ve seen anything close to this fight.