Mayweather vs. McGregor by the numbers: how much money will the big fight rake in? 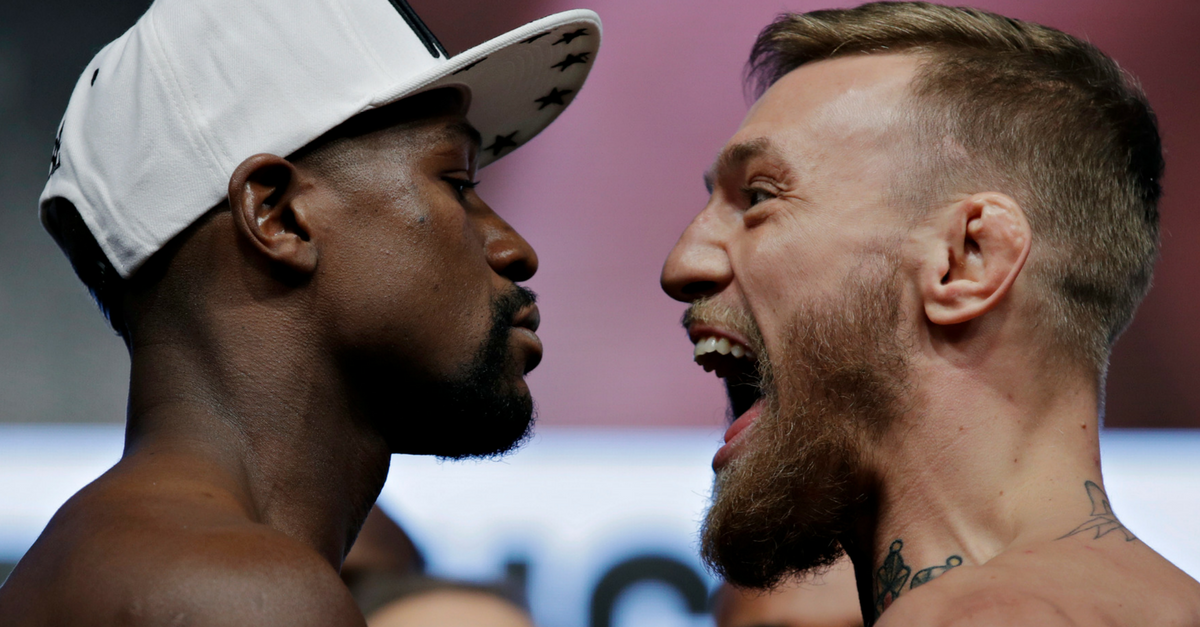 The winner of Saturday’s UFC match between boxer Floyd Mayweather and mixed martial artist Conor McGregor will take home the “Money Belt,” created out of rare crocodile skin, three pounds of gold from Mexico City and more than 4,000 diamonds, sapphires and emeralds, but their winnings won’t stop there. Here’s how much money the big event is expected to generate, from ticket sales to pay-per-view sales to the prize purse for the fighters and everything in between.

While a number of different variables, including pay-per-view sales, ticket sales and more, determine the final amount of the prize purse, it’s likely to be worth around $300 million if revenue stays in line with the Mayweather-Pacquiao fight. Mayweather and McGregor have both approved of a confidential agreement on how the purse will be split. With Mayweather guaranteed to take home $100 million and McGregor expected to get around $70 million, reports suggest they’ll split the purse 70-30 or 75-25 in Mayweather’s favor.

The fight will take place in Las Vegas’s T-Mobile Arena, which holds a capacity of around 20,000. With the average ticket costing $3,600, ESPN’s June projections put the Mayweather-McGregor fight at raking around $77 million. However, more recent projections predict ticket sales could reach around $90 million.

The revenue generated from pay-per-view sales depends on how many people will be willing to pay $99.95 to watch the fight on television. Pay-per-view sales are expected to reach at least $400 million, but could get even higher due to McGregor’s huge following and the fight’s increased attention from the opponents’ trash talking.

RELATED: Floyd Mayweather crossed the line with the latest insult he hurled at rival Conor McGregor

Fans will have the opportunity to purchase a variety of t-shirts, baseball caps and hoodies, as well as autographed memorabilia from both fighters. While the Mayweather-Pacquiao fight brought in $1 million in merchandise sales, Saturday’s Mayweather-McGregor fight could double that.

The legal wagering on the fight is expected to top the $60 million bet in 2015. With Mayweather the public’s favorite to win, a $100 winning bet on him will net a gambler about $13 in winnings, while the same wager on McGregor will yield $400. Mayweather has also vowed to place a $1 million bet on himself, but it’s unclear if he has already done so.

All in all, the total revenue for the upcoming Mayweather-McGregor fight is expected to reach around $600-700 million.