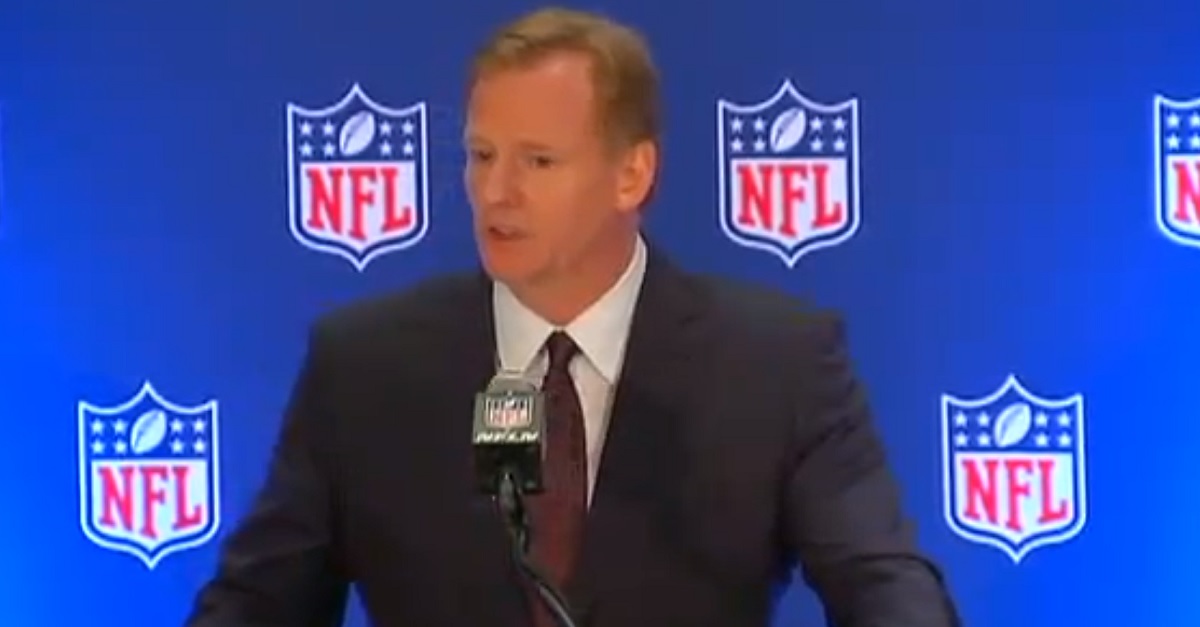 Goodell and several owners said Tuesday at the league’s fall meetings that altering the language from “should stand” to “must stand” was not discussed. He claimed that the NFL only has “about a half-dozen players” protesting the National Anthem and that the league was going to “try to put that [number of players protesting] at zero.”

Roger Goodell: "We have about a half dozen players that are protesting … We're going to continue to work to try to put that at zero." pic.twitter.com/C5lGAssk8G

Goodell reiterated that the league and its 32 clubs “believe everyone should stand for the national anthem. It’s an important part of the game.”

Asked about owners who threatened discipline for players who didn’t stand, Goodell said the owners didn’t discuss it. “What we’re looking to do is to continue to give people a focus on football,” said Goodell, according to CBS News.