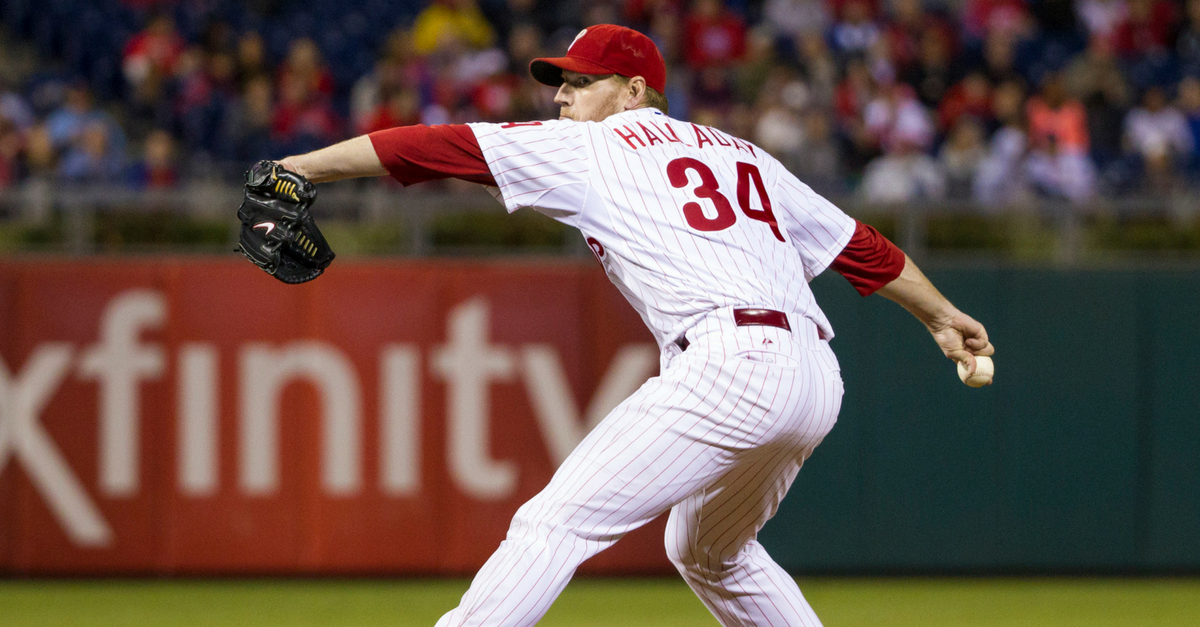 The lone victim of a plane crash in the Gulf of Mexico is former Major League Baseball pitcher Roy Halladay, police announced during a press conference on Tuesday.

A ICON A5 light sport aircraft registered to the former Phillies player went down in the Gulf about 10 miles west of St. Petersburg, Florida on Tuesday. Video of the wreckage reportedly showed that the aircraft matched Halladay’s. No mayday calls were reported to Tampa air traffic control before the crash, and ICON is reportedly aware of the incident and is investigating and gathering more information on what may have happened.

Ahead of the announcement from police, pitcher for the Los Angeles Dodgers Brandon McCarthy wrote, “Please don’t be Roy” on Twitter. After the announcement of his death, the MLB tweeted their condolences, “We are saddened by the tragic news that Roy Halladay, 2-time Cy Young Award winner & 8-time All-Star, has died in a plane crash. He was 40.”

RELATED: Former MLB star feared dead after a plane went down in the Gulf of Mexico

Born Harry Leroy Halladay III, he played for the Toronto Blue Jays for nearly a decade between 1998-2009 before moving on to play for the Philadelphia Phillies for three more years from 2010-2013. His breakthrough season took place in 2002, when he was selected to his first All-Star Game. A year later, he won the American League Cy Young Award after a record 22 wins and 7 losses with a 3.25 earned-run average. While he suffered from injuries for the next two seasons, he rebounded in 2006 to establish himself as a top pitcher.

After being traded to the Phillies in 2010, Halladay pitched the 20th perfect game in MLB history and went on to pitch a no-hitter in the opening game of the National League Division series against the Cincinnati Red. While his team ultimately lost the championship, his debut season in Philadelphia won him the NL’s Cy Young Award.

In 2015, Halladay was inducted into the Colorado Sports Hall of Fame, followed by the Canadian Baseball Hall of Fame in 2017. He is survived by his wife of almost twenty years, Brandy Gates, and their two children. He was 40 years old.

RELATED: 1 person is dead after an apparent shooting in southeast Houston