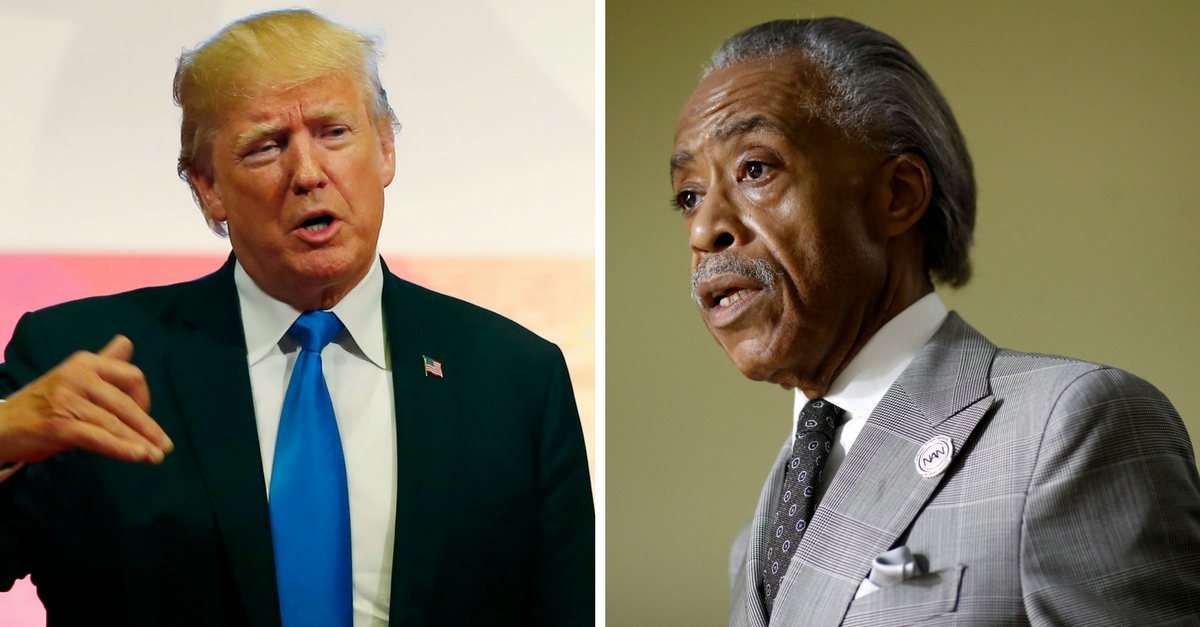 After President Trump intervened in a shoplifting case that could have earned three UCLA basketball players up to ten years in a Chinese prison, Al Sharpton is giving him credit where credit is due.

“I think that President Trump speaking to [President] Xi to make whatever arrangements were made … was good,” the reverend told TMZ Sports when they caught up with him in New York City. “He did the right thing.”

However, he just couldn’t go without slipping in one little dig at the president, saying, “It shows even a broke clock is right twice a day.”

Players LiAngelo Ball, Jalen Hill and Cody Riley returned home from Shanghai on Tuesday after a 12-hour flight. While there for their first game of the season against Georgia Tech, the trio had allegedly stolen Louis Vuitton sunglasses from a store in the area last week. The UCLA athletic director later clarified that they had actually stolen merchandise from three different stores before getting arrested. Towards the end of his Asian tour, President Trump worked with Chinese President Xi to secure their release. A $2,200 bail was posted in order to get them out of jail, which was refunded once the charges were withdrawn.

In a press conference on Tuesday, the players took the podium to apologized for their behavior and to thank President Trump for intervening on their behalf. Just hours earlier, the president had wondered via Twitter whether he’d be getting any appreciation from the players, saying, “Do you think the three UCLA Basketball Players will say thank you President Trump? They were headed for 10 years in jail!”

The players will be “suspended indefinitely” from the school’s basketball program until an appropriate punishment for their actions is determined.