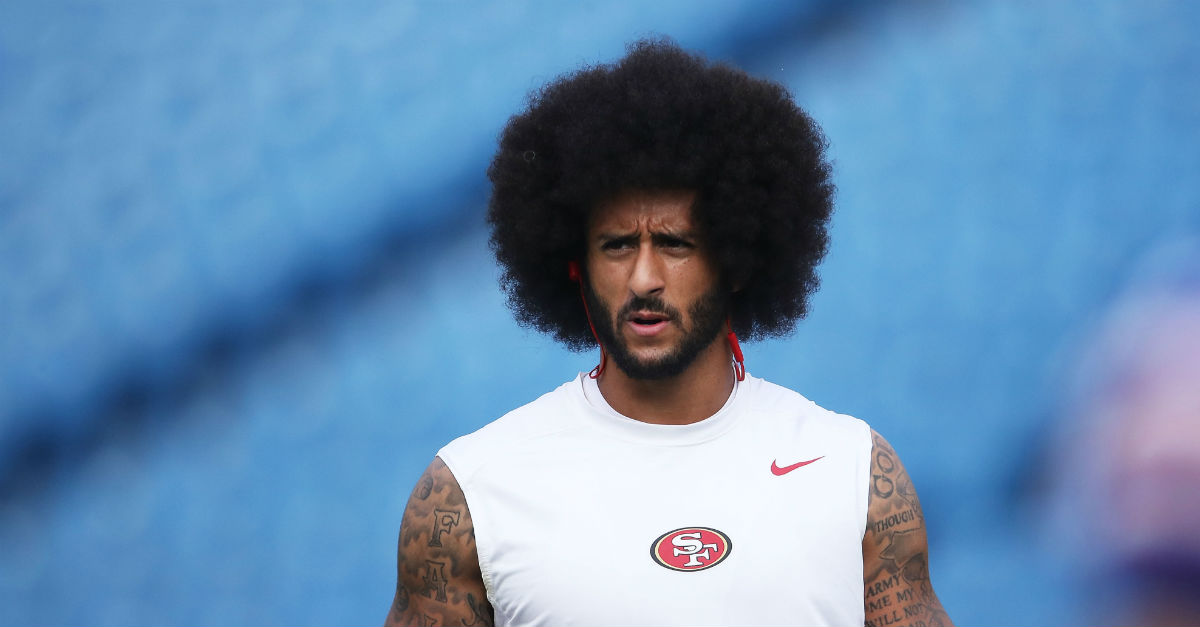 A potential meeting between the National Football League and Colin Kaepernick looks like it’s over before it even began due to conflicting demands from both parties.

An invitation was reportedly extended to the former San Francisco 49ers quarterback to have a “one-on-one meeting” with NFL commissioner Roger Goodell, according to ESPN, but Mark Geragos, Kaepernick’s lawyer, said that the request to have a mediator present was denied.

“We responded immediately that Colin would be happy to attend,” Geragos said. “Because of the grievance we asked that a mediator be present. A mediator also would ensure that the discussions were productive and confidential and not used as a PR stunt or prop by the league. Colin’s proposal was rejected.”

“This isn’t about his lawyer. This isn’t about a mediator. The question of, ‘Has [Colin] been invited in?’ the answer is yes,” combatted league spokesperson Joe Lockhart in response to Geragos’ statement. “This isn’t part of any grievance process. This is part of the overall discussion we’ve been having on some of these social issues.”

Kaepernick decided to take legal action against the NFL by filing a grievance against team owners for collusion in October, asserting that he remained unsigned as “retaliation” for his “leadership and advocacy for equality and social justice and his bringing awareness to peculiar institutions still undermining racial equality in the United States.” He cited his decision to kneel for the national anthem in silent protest of racial injustice.

Here is a statement from lawyer Mark Garagos, who represents FA QB Colin Kaepernick, on his filing of grievance: pic.twitter.com/WVtI0WuNvZ

Following the news of Kaepernick’s legal action, Bleacher Report observed that NFL teams’ “surprisingly little interest” in Kaepernick does not necessarily match with “how well he played last season.”

Since that time, Dallas Cowboys owner Jerry Jones, New England Patriots owner Robert Kraft, and Houston Texans owner Bob McNair have turned over their cell phone and email records in compliance with the case. Other team owners and league officials are expected to be deposed.

Goodell previously denied any instance of blackballing against Kaepernick in June, saying, “I believe that if a football team feels that Colin Kaepernick, or any other player, is going to improve that team, they’re going to do it.”