Heads Up! State Troopers Are Dressing Up As Construction Workers to Bust Speeders 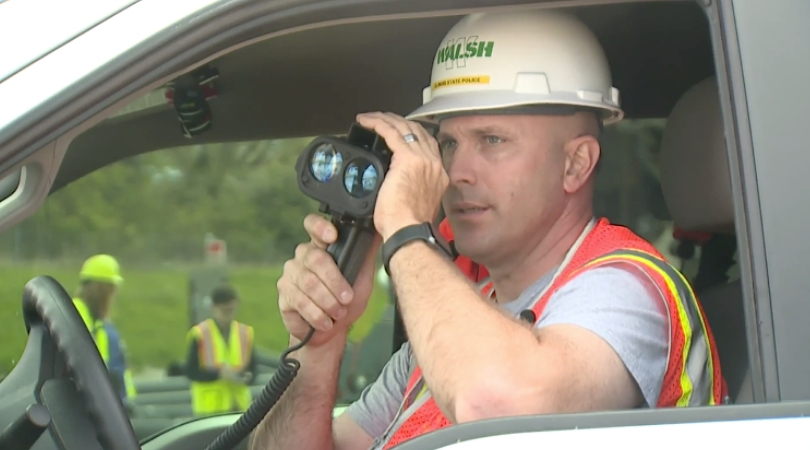 Via WGN9
Via WGN9

Game over, Illinois! It looks like your state troopers have come up with a devious plan to stop people from speeding. Yes, troopers have now decided to dress up as construction workers and place themselves in busy work zones. Oh the shame, the horror, we will never be able to speed again.

According to Illinois State Trooper Ron Sailer, the department decided to dress up as workers during Work-Zone Safety Week to educate people when it comes to driving in busy construction areas. The undercover troopers aren’t there to necessarily “give out tickets”, rather keep drivers safe by knowing they are being watched. Wilson stated that so far in 2019, 19 trooper cars have been hit, and 12 of those cars were pulled over to the side of the road. Troopers are said to be watching for distracted drivers, catch speeders and other violations in construction zones as parts of the “Operation Hard Hat” campaign.

What exactly are these troopers wearing? Exactly what you think: a hard hat, a vest with casual clothing under, and will be sitting in a Walsh Construction truck. The idea actually came from Walsh Construction after they approached Illinois State Police about speeding drivers who might hurt their workers, which is when they both decided to collaborate with the Illinois Department of Transportation to put an end to it. Just two hours in, state troopers had managed to conduct 10 traffic stops produced 10 speeding contacts, 1 seatbelt violation, and 2 equipment warnings.

Up until now, patrols in work zones have been in marked vehicles. According to the Blatti Law, out of Joliet, Illinois, a first offense speeding ticket in a construction zone can be up to a $375 fine. A second offense could bring that fine up to $1000 and a 9-day drivers license suspension.

Honestly, this is pretty smart. It kind of makes you think why other states don’t do this already because it’s definitely scary. But, I guess that’s the point, isn’t it? To scare people into thinking that eyes are always on them? Smart move Illinois, keep up the good work. Plain-clothes troopers are so overrated.

One question though. Can we bring undercover state troopers/ construction workers to Texas, please? These drivers are ridiculous.